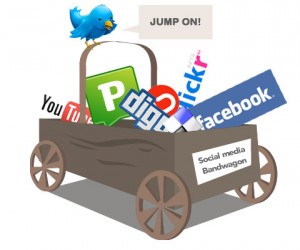 Earlier this week, Ben and I returned to our alma mater after several years out in the “real world.” We were invited by a former professor to present a guest lecture on social media as it pertains to public relations.

I developed a live case study based on a press release from the launch of a Hello Kitty Debit Master Card in 2004 and created characters sketches of potential Twitterers based on the recent criticism of a similar credit card south of the border.

Now, when I say live I mean we posted the case study on the Halifax Tweetup page and asked for volunteers to help post tweets under the hashtag #kermitcard in real time.

We wanted to show how quickly a conversation can happen, what it’s really like to monitor Twitter from the perspective of public relations, and how to respond and encourage dialogue.

Risky? Sure. If it flopped, we would have had a pretty lame case study on our hands. But leave it to Twitter keeners to help show the real power of this social media tool. So, I have to give credit to all the fabulous people who participated both in the general conversation and as “characters”; and to the students who saw the power of social media in real time, asked questions, admitted to being overwhelmed, but remained ever eager to learn.

As a result, instead of being a failure, the hashtag engaged so much conversation that we were concerned it would become a trending topic and loop in the unsuspecting. With the RTs reminding people that it was indeed a case study, and keeping the discussion to within a half hour time limit before closing it, we were able to avoid the confusion for the most part.

Here are some samplings from the feed as an overview of the level of conversation surrounding this fake product. (As a side note: @laurenoostveen really isn’t over-the-top nuts about Kermit, she just made for a very convincing super fan.)

So, thanks to everyone who participated in an interesting social media experiment. Now that I’ve got a taste for it, I might be back on campus for more teaching opportunities…