I’m quickly closing in on burger #50, and I’m pretty excited to reach this milestone! I’m not quite there yet though, so it’s time to get to work. For #47 I headed back to Your Father’s Moustache for my third burger from here; a burger hat-trick if you will. They have a section on their menu that’s completely devoted to burgers, and this time I decided to go with the South West Burger. 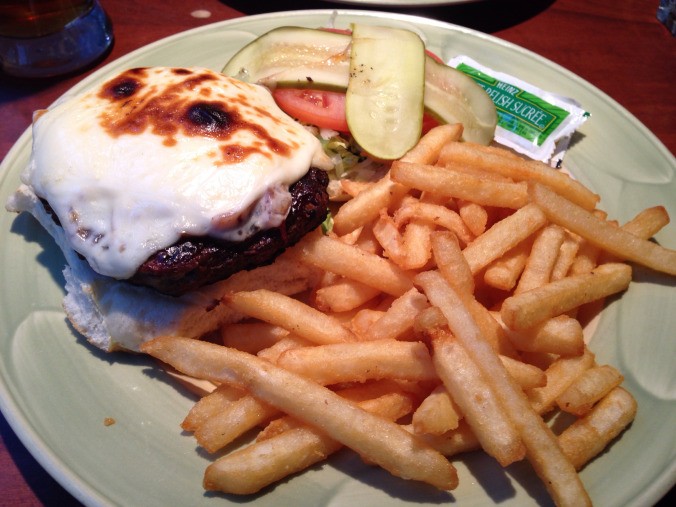 The part of this burger that stands out above the rest is the pile a cheese that they put on it. I loved the slight browning of the mozza, and there was definitely no worries that the cheese wasn’t melted enough. I was also pleased to see they didn’t skimp on the pickles, because I’m a big supporter of that burger topping!

I was slightly worried about the patty however. It looked like it was really well-done, and it appeared to be more charred than I prefer, as that can really affect the overall taste of a burger. Although, the copious amount of BBQ sauce did give me some hope that the taste of the burger wouldn’t be completely ruined. 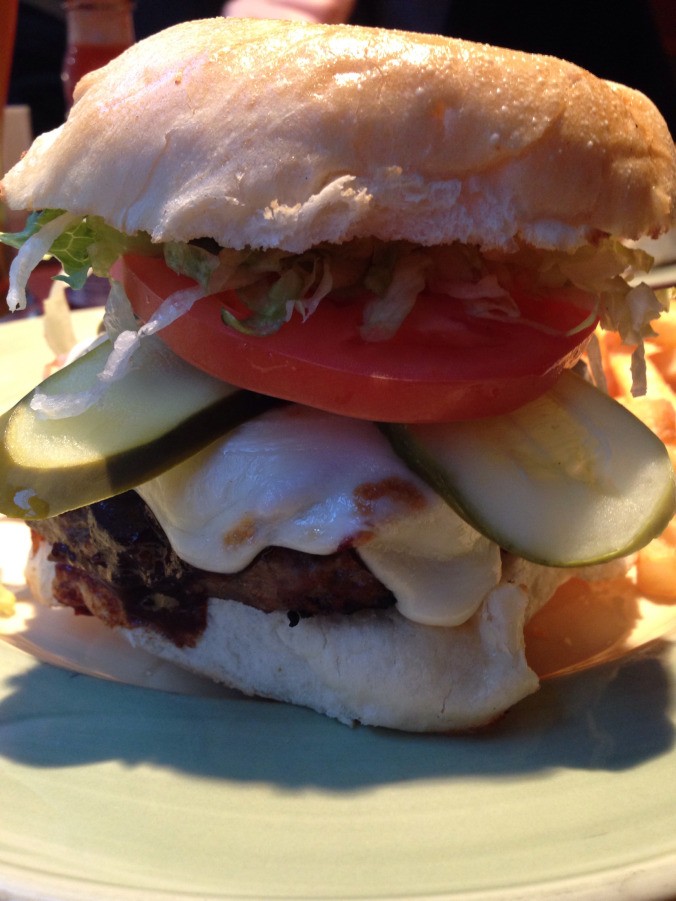 My major problem with this burger was the patty. The meat quality wasn’t the best, which in turn gave the patty a weird texture and lacked any flavour. I also was not a fan of the amount of onions they put on the burger. There was way too many which overpowered a lot of the other components of the burger.

The BBQ sauce did make up for some of the missing flavour of the patty, but it didn’t amaze me. Like I said earlier, I was pleased with the amount of pickles on the burger, and it really made a dill-icious contribution to the overall taste (see what I did there?).

My favourite part would have to be the generous amount of cheese on the burger. If you love a big portion of gooey, melted cheese, then you will love this part of the burger! 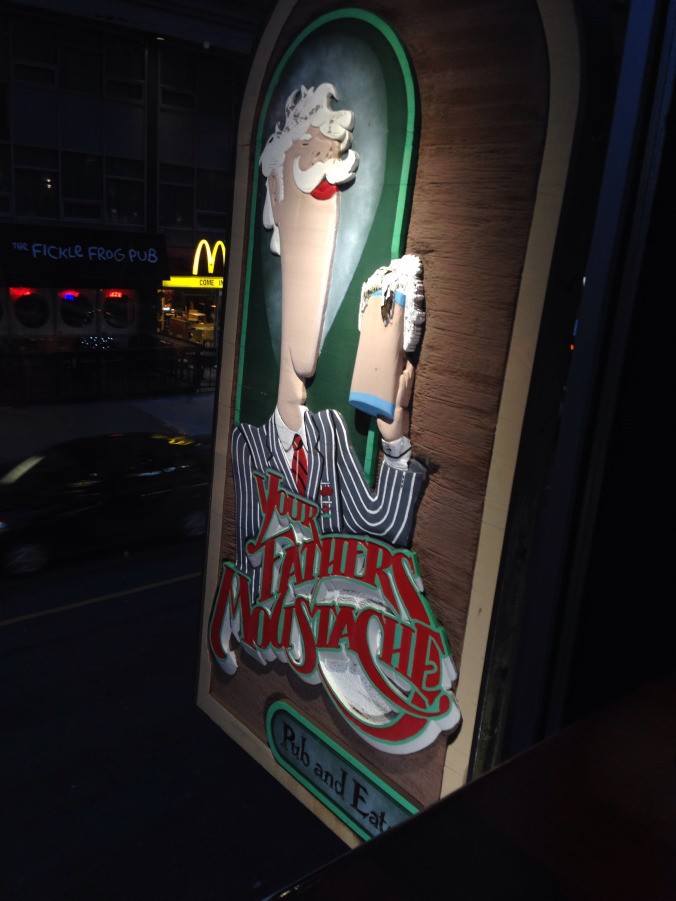 $13.99 is what you will pay for this burger, which tends to be about the average price for a burger at places like Your Father’s Moustache. While the price is fair for the size of the burger, I didn’t feel that the quality quite equaled the price tag. I did leave with a full stomach, so that is a plus.

After I ate this burger, I left feeling neither good nor bad about the meal. While there were some aspects I enjoyed of the burger, there were also just as many things that I wasn’t super impressed with. I’ve had some great meals here, and it is one of my most visited places in the city, but this burger missed the mark for me. There are a bunch of other burgers on their menu, and I’m sure I will still go back to give them a shot at some point!