Warning! This article contains graphic images that may be inconvenient for City Councilors or Metro Transit officials.

The purpose of this post is to expose the wretched and rancid state of a specific Metro Transit bus shelter in Halifax. This is no ordinary transit shelter; This is the main bus stop at one of the most important intersections in the city.

The corner of Spring Garden Road and Barrington Street is the core of downtown Halifax. As the nearest bus stop to two 5-Star downtown hotels (the Sheraton Four Points and the Marriott Courtyard), it is located where tourists walk up from the Waterfront to take pictures of the Saint Mary’s Basilica on their route to shopping, food, and entertainment.

It is located where workers and business people conduct their affairs in and around one of the largest business towers in Halifax (the Maritime/Aliant Building). It is located where residents from all corners of the city permeate back and forth between retail shopping and restaurants located on both streets. There is one enclosed bus shelter that services this bus stop, with 21 different bus routes aptly servicing it throughout the day.

So behold! Here is Metro Transit’s bus shelter servicing this premium intersection of the only two main streets in downtown Halifax. 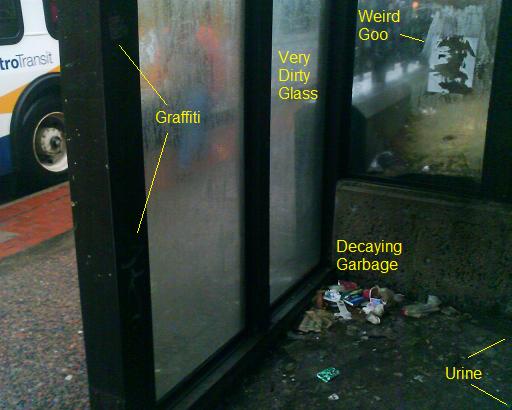 I take the bus daily in this corner of the city. Five days a week at approximately 8:30 AM, I am faced with the same dilemma. Do I stand outside and battle the infamous 50km mini-hurricanes of what is known as the ‘windiest spot in Halifax’? Or do I suppress my gagging and take refuge in this urine-infested, garbage-ridden cesspool of municipal neglect? 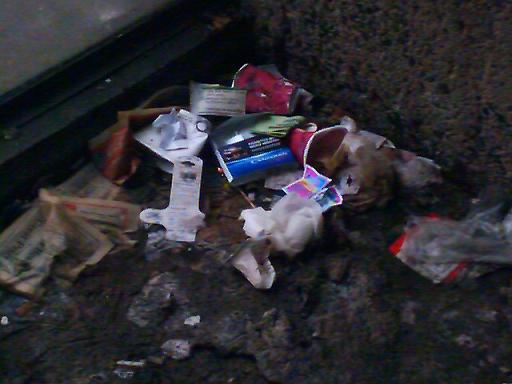 When it is raining or snowing, it is common for transit passengers on this corner to compete for the ‘sweet spot‘ in this shelter.  That spot near the door that allows you to hide half your body inside from the harshness of the weather, while giving you the access to quickly stick your head out for precious gasps of fresh air.  We all give each other half-knowing looks to acknowledge the mutual discomfort from the stench of urine and organic decay of garbage that has been left there since last summer.

An older gentleman has secured the sweet spot today, but tomorrow I am going to wake up five minutes early and beat him to it. 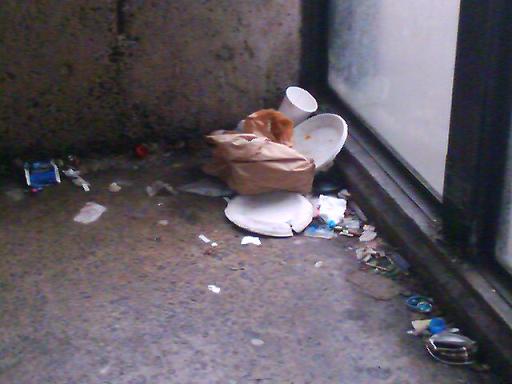 Given the importance of this intersection, you would think that the city would pay extra attention to it and make sure that it reflects the best face Halifax can offer. After all, if tourists, shoppers, and business people are not really the ‘crowd’ the city should care about in the downtown district, then who exactly should we bother giving a good experience to in the heart of the business, shopping, and entertainment district?

Yet, it would seem that the universe of municipal priorities rotates differently in Halifax, specifically when it comes to Transit services.

Can you come up with a permanent solution to this embarrassment already? What is it going to take to put up and maintain a proper bus shelter in this sensitive intersection?

I realize that this is the city’s job, but the DHBC has a lot at stake here, so I’m not sure why they’re holding themselves up to the general mediocrity of our municipal services, Metro Transit, and city council. A small donation collected from downtown businesses can fund a fantastic structure worthy of this location and its significance. It can be a shelter that’s a joy to use and look at.

Perhaps even a bus shelter with (gasp!) a wall map of the downtown district and nearby attractions? Or (double gasp!) an electronic screen displaying bus departure and arrival information? Slap some sponsor advertising on it and Bob’s your uncle. Anything is better than the current status-quo! 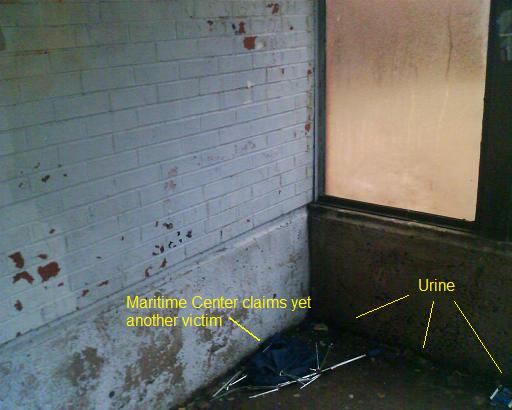