This is a guest post by one of our Mom bloggers over at Urban Parent St. John’s. It struck a chord with our followers there so we thought we would share it here as well.

Thanks to Sara  for opening up, I’m sure it wasn’t easy to write about…

In about two weeks, after a year of separation, I will be officially divorced.

My ex and I had been together for a very, very long time. We started dating when I was 15 and we basically never broke up. Well, until I was 39. Yes, that is right; I had my first break-up at 39.

The decision to end our marriage was excruciating. You feel so many mixed emotions about it, failure, sadness, anger, disappointment….

But the most difficult part to ending a marriage is the angst you feel for your children. Don’t get me wrong, I knew ending my marriage was the absolute best decision for my children. I had seen way too many examples of adults who were scarred by childhood’s spent in tense, unhappy households. I was confident in my decision that it was a good thing for the overall well-being and health of my children. But it still hurt like hell.

That moment when we told them that we would not be living together anymore. That moment of recognition of what was being said on my oldest boys face. He was only 9. And the shock and fear and pure, unadulterated grief was so visible in every muscle of his little face that it was like a simultaneous punch in my stomach and a strangle-hold around my neck. ‘The other two boys jumping around, not really sure of what was happening but getting more and more upset as they read their oldest brother’s reaction.

You spend your parenting days trying to make things better for your children. Wanting to give them a good life. Take away their pain. Be their soft place. And in that terrible moment of telling them you are separating, you feel that you have not done any of that. In fact, you have done the opposite. Times one hundred. 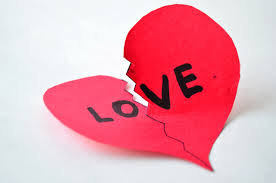 However, as hard as they are, those moments are necessary. They give you insight into their pain, and as difficult as it is to see, as their parent you must see it. Understand it. Catch your own breathe and focus on them. So you work really, really hard on making a “new normal.” A new routine and ensuring that through that routine they feel loved, safe and supported.

Truthfully, the most difficult adjustment to divorce for me was only having my children half of the time. At first, those weeks without them were full of loneliness, grief and sadness. Wondering what they were doing, what they were eating, what jammies they were wearing to bed. Aching for a hug, or a kiss goodnight.

But, like all things, time heals. Two weeks away from official divorce, I see children that are, for the most part, happy. Three boys who know they are loved and wanted by their Mommy and their Daddy. I see improvements in their behavior. I hear more laughter and I see more smiles. Instead of an unhappy home, they have two healthy homes and you can see the positive difference it is making.

For me, that is like a cool tonic poured over the pain of the failed marriage. The pain of saying “See you next week!” to them on my last day. It allows me to take a deep breath and confidently smile at this totally okay, healthy and happy “new normal.”

Sara is bringing the girl power to a house full of testosterone. When she is not scrubbing mud from three little faces, she is a Consultant with her own company, RavenNL Communications. Sara loves to write, cook, laugh and shop for useless shoes. Follow her on twitter @SaraDunderdale

But Mommm: Ending a Marriage
https://haligonia.ca/but-mommm-ending-a-marriage-108280/