A few months ago, my bf’s mother was visiting and we decided to go to dinner at Cafe Chianti.  It was a toss up between there are Elements on Hollis, but seeing as how we had never eaten at CC, this was an excellent opportunity to try it.

I had been in the space during Bear Resto’s ill-fated run, and the layout is pretty much the same, save for some soft fixtures being updated.  As opposed to the larger booths, the seating is now white linen tables, and several of them were full.

Big mussel fans, we each decided to order the mussel special; a pound of mussels and pint of beer for $10.99.  Myself and momma chose the tomato sauce with wine and herbs, while Mitch ordered the white wine and basil cream sauce.  Both were delicious, although I think the cream version would have been too rich for me to eat the whole bowl.  The shellfish were supple and most (of mine) were open! 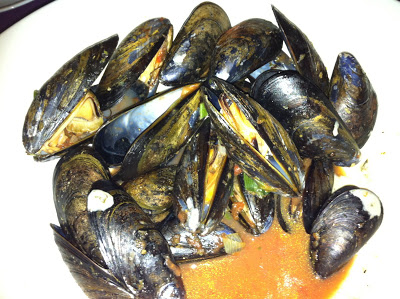 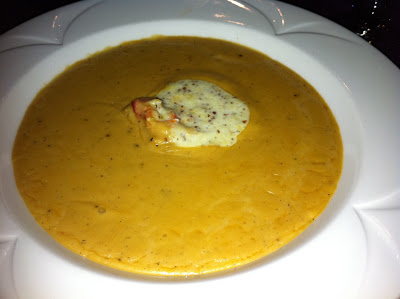 After our mussel appetiser, M’s momma ordered the Lobster Bisque Acadienne – a velvety soup with fresh lobster and a dollop of cream.  It looked delicious, although a skin had started forming on top which made me wonder how long it had been sitting on the line.

I ordered the Calamari, lightly breaded and fried with a spicy tomato- chili sauce.  They were excellent, with the tender squid rings enclosed in a light batter and tossed in the spicy sauce. The order was quite large and I filled up quickly. 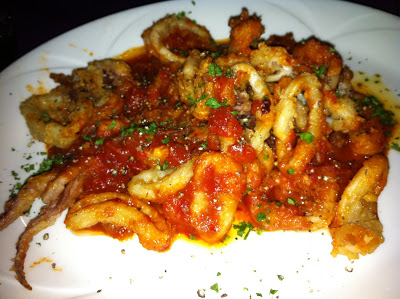 Even after the bisque and calamari, the intention was to share the Crab Cakes, but I was so full that I barely touched them save for one bite.  These were ok.  They were heavy with the addition of risotto, and had a slightly greasy crust. The addition of the lemon-pepper cream sauce was a bit too over the top in texture which resulted in the dish being cloying. 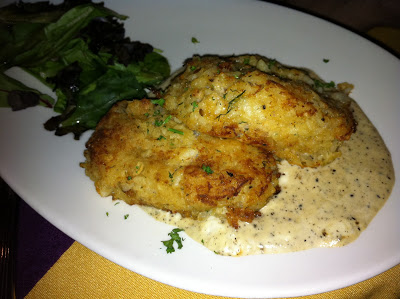 For his entree, Mitch ordered the Halibut Special; grilled fish topped with a grilled shrimp skewer, new potatoes, leeks and a mango-ish chutney.  This was a pretty extravagant – looking dish. In terms of a visual, there was a bit too much happening on his plate; the food aside, there was a sprinkling of dried herbs and a sprig of Rosemary sticking out of the fish – I didn’t think people actually did that anymore! The food itself was pretty tasty though, and moderately priced for a special.  The halibut and shrimp were both really nice – well cooked and flavourful. 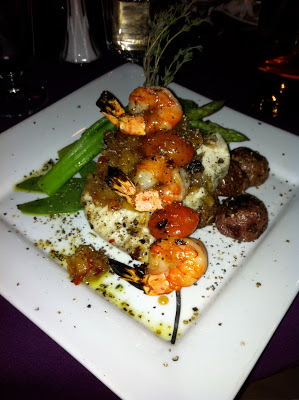 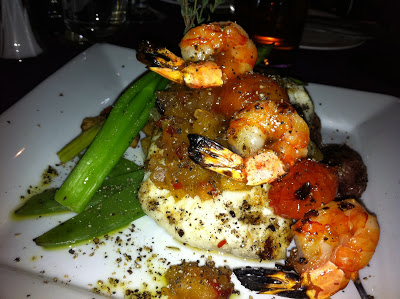 Cafe Chianti is certainly moving in the right direction with one of the key points – the cooking times – being spot on as most of the items were cooked perfectly.  The dish elements and plating require a bit of a review however, as the crab cakes were far too heavy with both the risotto and cream sauce, and the halibut plate was a bit amateur in its presentation.

Though I can’t say that it was one of my favourite meals in Hali, I can say that it was a really nice evening out.  Spending the few hours catching up,  over dinner in such a relaxing environment was a great way to spend the evening with Mitch’s mom.