Police are advising that a Canada-wide warrant has been issued for 17 year-old Jayden Anthony Tynes of North Preston in connection with a recent shooting.

An 18 year-old male and 20 year-old female were walking on the side of the road when a vehicle drove up beside them and several gun shots were fired from the vehicle. The male was not injured. The female was shot in the arm however has since been treated and released from hospital.

As a result of the investigation, members of the Integrated Criminal Investigation Division have charged Jayden Tynes with Attempted Murder, Breach of Probation and numerous weapons-related offences.

Jayden Tynes is described as a black male, 5’10’, 140lbs with black curly hair and brown eyes. He should be considered armed and dangerous and members of the public should not approach him or try to take matters into their own hands. Police are asking anyone with information about Tynes’ whereabouts to contact police at 902-490-5020. Anonymous tips can also be sent to Crime Stoppers by calling toll-free 1-800-222-TIPS (8477), submitting a secure web tip at www.crimestoppers.ns.ca or texting a tip – Tip 202 + your message to 274637.

Note: Although Jayden Tynes is not an adult, the release of the photo is made with respect to an order issued by a judge, pursuant to section 110(4) of the Youth Criminal Justice Act (YCJA). The order authorizes members of the Criminal Investigation Division to release the photograph to the media for the purpose of requesting the public’s assistance in locating Tynes. Under provisions of the YCJA, the order remains in effect for five days, or until the time he is apprehended (if inside of 5 days). 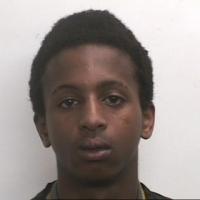