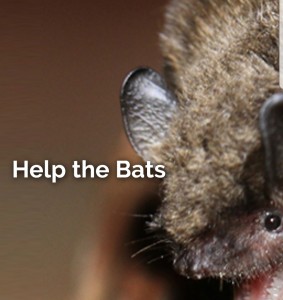 Hibernating bats may be storing pesticides from contaminated insect food in their flesh over winter, lowering their immune systems and putting them at greater risk of disease and death, says the Canadian Wildlife Federation (CWF).

“Many Canadians have heard our distress signal about the harmful effects of neonicotinoids (neonics) on pollinating species and are joining CWF in calling for national monitoring and habitat recovery programs for butterflies, wild bees and other pollinators, but Canada’s bats may also be impacted and need our attention too,” said Carolyn Callaghan, senior conservation biologist, terrestrial wildlife.

Bat populations are already in steep decline and this new threat impacts an already fragile population.

“More research is needed to understand how these pesticides impact bats and what can be done to reduce the threat. We also need to rethink how we are producing our food and build environmental sustainability into agricultural systems. Bats are important allies to food production because they are effective predators of crop pests. Keeping them safe from impacts of modern agricultural practices will also benefit farmers.”

Researchers are learning that neonics can harm bats by reducing the insect food supply. Bats go into a state of hibernation called torpor during the winter and unless they have accumulated enough body fat by autumn their chances of surviving the winter is reduced. Bats are also impacted by consuming insects that have been exposed to neonics. Research has demonstrated that neonics can impair a bat’s ability to use echolocation and to perform intricate flying maneuvers, which is critical to successfully capturing prey. Researchers have also discovered that bats can actually retain neonics in their systems over time, Callaghan said. Neonics were detected in the tissue of bats collected during the winter in the Northeastern United States. Neonics have also been shown to disrupt topor. “This is very worrying news,” Callaghan said. “When a bat isn’t able to go into and stay in torpor over the winter its health is easily compromised.”

Canada has 19 bat species which contribute millions of dollars each year to agriculture through natural pest control. Since many of these species give birth to only one pup a year, recovery from conservation threats is slow. Five of Canada’s bat species are listed as threatened.

CWF reminds the general public not to handle bats, and has developed several initiatives to inspire conservation of these nocturnal mammals.

About the Canadian Wildlife Federation:

The Canadian Wildlife Federation is a national, not-for-profit charitable organization dedicated to fostering awareness and appreciation of our natural world. By spreading knowledge of human impacts on the environment, carrying out research, developing and delivering education programs, promoting the sustainable use of natural resources, recommending changes to policy and co-operating with like-minded partners, CWF encourages a future in which Canadians can live in harmony with nature. For more information visit CanadianWildlifeFederation.ca