This is for all the bedtime cookbook readers out there. And I know you exist! Here are many of the nominees on this year’s Canadian Culinary Book Awards list.

“Annually, food professionals gather to honour Canadian culinary writers and publishers when the Canadian Culinary Book Awards are presented in the autumn. Designed to recognize excellence and creativity in food and beverage writing and publishing, these awards also promote Canadian culinary food culture.”

Closest to home is Flavours of Prince Edward Island: a culinary journey by Jeff McCourt, Allan William and Austin Clement 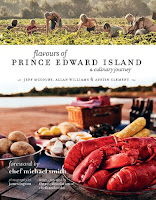 “Prince Edward Island is a chef’s paradise. Its abundance of fresh, local ingredients is as inspirational as its magnificent red sands or its salt-sprayed red cliffs. Now, bring the taste of PEI home with you, with a stunning collection of recipes from PEI’s top chefs, enriched by photographs and stories from the island’s cooks, farmers, and fishers. From heading down to the wharf early to get your pick of the best lobsters, to taking an afternoon to forage for the elusive chanterelle, a mouthwatering dish is so often the end result of a long line of adventures the island has to offer.” publisher 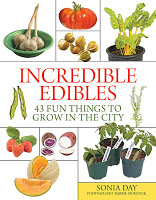 Incredible Edibles: 43 fun things to grow in the city
by Sonia Day

Locavore: from farmer’s fields to rooftop gardens – how Canadians are changing the way we eat
by Sarah Elton

The Zero-Mile Diet: a year-round guide to growing organic food
by Carolyn Herriot

The Spice Necklace: a food-lover’s Caribbean adventure
by Ann Vanderhoof

Quinoa 365: the everyday superfood
by Patricia Green and Carolyn Hemming 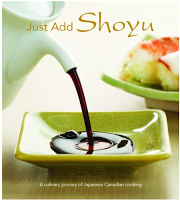 The Ocean Wise Cookbook: seafood recipes that are good for the planet
by Jane Mundy