For a country with a population of ours, Canada has a remarkably long list of internationally respected, award winning authors. And we also appreciate our own. 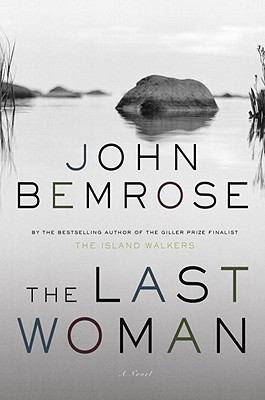 Within the country, bestseller lists like those published by McLean’s magazine and the Globe and Mail, frequently boast the names of Canadian literary authors. This fall, a number of authors who have previously be awarded accolades release new books. If you’re penning a list of prospective titles for your upcoming bookclub meetings, you may want to make note of these.
John Bemrose was shortlisted for the Giller back in 2003, for The Island Walkers. This fall he releases his followup, The Last Woman, a character driven novel that focuses a man who reappears in the lives of a couple causing them to revisit past conflicts and cope with the impact on their present.

Just released – and so not actually a fall title – is Too Much Happiness by Alice Munro. Munro has made a name for herself crafting thoughtful, character driven short stories that examine the complexities and simplicities of life.
Twice a winner of the Giller Prize, Munro was a shoo-in for a nomination this year, but made news last weekend when she announced that she would not include her latest title in the running for the prize, in order to allow up-and-coming writers the chance for the recognition.Some of those lesser known writers who could capture the spot opened up by Munro, are actually authors who themselves have previously won or been nominated for awards, but who maybe don’t belong to the CanLit canon in the way Munro does. Two authors who previously got Giller attention, but who haven’t been heard from since, have promising new novels out soon.

You may remember Bonnie Burnard from her 1999 novel A Good House. Burnard releases Suddenly in September, about three long term friends who must come to grips with bad news that comes out of the blue. The publisher describes the book as an “astonishingly intimate portrait of three women balanced on the knife edge of middle age”.

Past winner of the Thomas Head Raddall Award, Newfoundland author Michael Crummey also has a new book this fall. The publisher describes Galore as “an intricate family saga and love story spanning two centuries … a portrait of the improbable medieval world that was rural Newfoundland, a place almost too harrowing and extravagant to be real.”

And no, we didn’t miss the obvious, as mentioned in last week’s post about blockbuster September releases, Margaret Atwood also has a new title upcoming. In Year of the Flood, Atwood flexes her science fiction muscles once again in a tale that examines the fate of humanity after a natural disaster. A prequel to 2003’s Oryx and Crake.