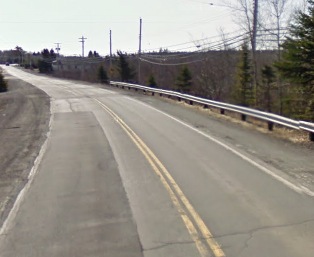 Police are investigating after a car was followed early this morning on Herring Cove Road.

View Larger Map
On April 25th at about 1 am three people were travelling in their vehicle on Herring Cove Road near the 800 block heading outbound. They observed a light coloured SUV which appeared to be following them. The victims pulled over to the side of the road and turned around  heading back in towards to Rotary. Shortly thereafter they heard something hit the vehicle, they were unsure what it was and continued home. Once at home they examined the vehicle and observed several holes in the vehicle.

The complainant contacted police on April 27th in the early morning hours, officers attended and  examined the vehicle and observed what they believed to be bullet holes. The vehicle was taken to Police Headquarters for further examination. The investigation is continuing at this time.

Police are interested in talking to the occupants of the SUV in relation to this incident. If anyone has information pertaining to this or any other crime they are asked to contact the Halifax Regional Police at 490-5020 or Crimestoppers.