The Carrot, the North End’s cooperative grocery store is in trouble, the store is going to be closing this week. There is a member meeting on Saturday to discuss ideas to save the store.

Rizzo’s Pizza is opening in a few weeks on Bedford Highway in the strip mall beside the Shell.

The Sackville Drive Needs, the one closest to Cobequid Rd. closed this week.

A new plaza started construction in the already cramped parking of Tantallon Sobeys. I hear the 3 units are already leased. Subway is confirmed. Starbucks and CherryBerry are expected to be the other 2 tenants.

The Jiffy Lube between the Tim Hortons and McDonalds in Dartmouth Crossing is now open, incidentally that McDs is now equipped with touchscreen order kiosks.

Who remembers the Thirsty Duck? Well, it has opened again …only it’s 1800km away from its original spot. There is now a Thirsty Duck pub in Toronto serving Dish and Chips, Donairs and deep fried Brothers pepperoni.

When Breathing Space yoga on Coburg opened it had Zen Tea cafe inside of it. Zen closed in less than a year. Then Odell’s Gluten Free went in this spring and didn’t even last a year either. Now the cafe is being taken over by Fruition. 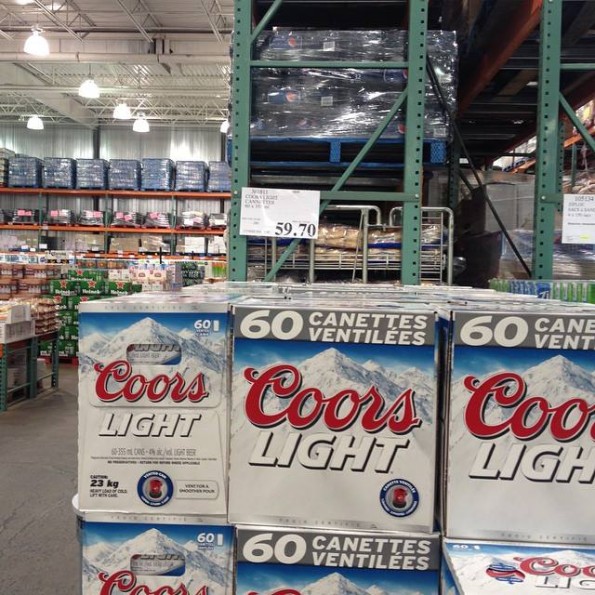 American Apparel has applied for bankruptcy protection, stores to operate as normal for now. I suspect there will be some store closures in the coming months as they restructure.

David’s Tea plans to expand “significantly” in the coming years and appear in smaller markets after success in Rimouski and Cornerbrook.

Sydney will see a return of East Side Mario’s as they get ready to reopen in the Mayflower Mall after closing in March.

Retail Promo Math: The Jamie Oliver Knives at Sobeys.
For every $10 you spend before tax (prescriptions/milk/lottery/tobacco not included), you get 1 stamp. So if you spend $19.92 you still only get 1 Stamp. To acquire the entire collection you need 500 stamps, so to get the free set of knives your need to spend minimum $5k between now and March.

and finally I’m not the only one with poor proofreading skills, the Superstore in Sackville has these senior friendly hours posted. 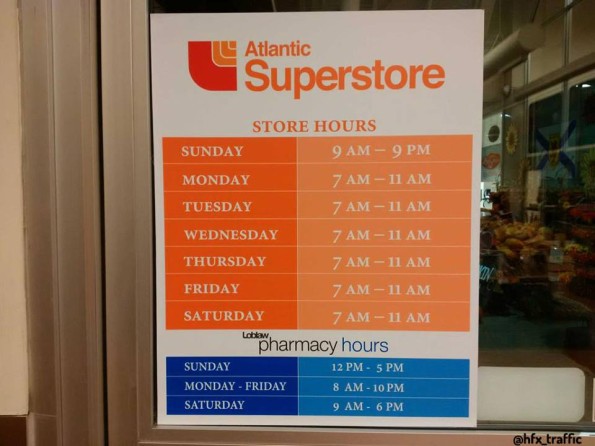