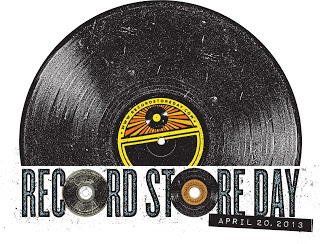 “This is the one day that all of the independently owned record stores come together with artists to celebrate the art of music. Special vinyl and CD releases and various promotional products are made exclusively for the day and hundreds of artists in the United States and in various countries across the globe make special appearances and performances. Festivities include performances, cook-outs, body painting, meet & greets with artists, parades, djs spinning records and on and on. Metallica officially kicked off Record Store Day at Rasputin Music in San Francisco on April 19, 2008 and Record Store Day is now celebrated the third Saturday every April.“

So in that spirit, here are a few related reading( and viewing) suggestions:

“Longtime band mates Archy and Nat preside over Brokeland Records, a used-record emporium. All’s well until a former NFL quarterback, one of the country’s richest African Americans, decides to build his latest Dogpile megastore on nearby Telegraph Avenue. Not only could this spell doom for the little shop and its cross-race, cross-class dream, but it opens up past history regarding Archy’s untethered dad and a Black Panther-era crime.” -Publisher

“Rob Fleming is the kind of person whose mindset is clearly shown by his top two career choices: journalist for the New Musical Express, 1976-79, and producer for Atlantic Records, circa 1964-71. Owner of a small London record shop and musical snob of a high degree, Rob finds his life thrown into turmoil when live-in girlfriend Laura suddenly leaves. He embarks on a journey through the past, tracking down old lovers while finding solace with Marie, an American folk/country singer living in London, even as he yearns for Laura’s return. Told in an engaging first-person voice that blends sarcasm with self-deprecating humor, High Fidelity presents a painfully funny take on love, music, and growing up. Already a best seller in Britain, this stunningly assured first novel should be a hit here as well” -Library Journal

101 Essential Rock Records : the golden age of vinyl : from the Beatles to the Sex Pistols (M)  by Jeff Gold 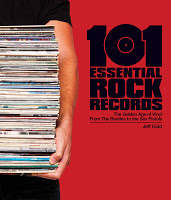 “Before the advent of the Internet, Gold’s (former executive vice president & general manager, Warner Bros. Records) monumental survey of 101 “essential” LPs would have validated the opinions and tastes of so many classic rock snobs, vinyl fetishists, and musical outliers. It also could have been a treasure map for young cultural explorers. In an era of extensive online music criticism and instantaneous access to information (not to mention the music itself), this collection of casual and mildly charismatic ruminations about essential records feels slight and cursory. As a result, this insider gives readers paltry insight into a bygone era. The selections are made up of the usual suspects of rock hierarchy: Pink Floyd, Jimi Hendrix, etc. Even the lesser-known favorites run the same old gamut: Moby Grape, Love, et al. Granted, reading anecdotes from various rockers from David Bowie to Suzanne Vega is fun, but most of these entries are neither too deep nor invested. Verdict Essentially, this is a coffee-table book for rock fans young or old; a striking title designed to launch conversations of a specific, pointed variety. It’s cool but not as cool as it would have been 20 years ago” – Library Journal

DVD   I Need that Record!: the death (or possible survival) of the independent record store. (M) Directed by Brendan Toller

” Guerilla filmmaker Brendan Toller unleashes “I NEED THAT RECORD! THE DEATH (OR POSSIBLE SURVIVAL) OF THE INDEPENDENT RECORD STORE,” a documentary feature examining why over 3000 independent record stores have closed across the U.S. in the past decade.

Greedy record labels, media consolidation, homogenized radio, big box stores, Ecommerce, shoddy “stars” pushed by big money, and the digital revolution all pose threats on the very well being of our favorite record stores and the music industry at large. Will these stores die? Will they survive?” – Publisher