At approximately 8:00 p.m. Wednesday night, RCMP Annapolis Valley Traffic Services stopped a vehicle for a cell phone violation on the New Minas Connecter Rd., New Minas. Based on observations of the officer after speaking with the driver, a search of the vehicle was conducted resulting in the seizure of approximately 100 grams of shatter, a small quantity of cannabis marijuana and cash.

A 21-year-old male from Bridgewater was arrested and is facing charges of Possession for the Purpose of Trafficking and Operation of a Motor Vehicle While Using a Cell Phone. The male was released from police custody and will appear in Kentville Provincial Court on October 26, 2015.

Shatter is a drug produced by extracting resin from cannabis marijuana. The result is a product with a high tetrahydrocannabinol (THC) level which can be quite toxic and often highly addictive. The name ‘Shatter’ often refers to the appearance of the product which can look or feel like amber broken glass, although the appearance and texture can vary depending on how it is produced.

The RCMP is committed to enforcing drug laws to their fullest extent, however we require the assistance of the public to prevent crime in our communities. If the public has any information on other crimes, please contact any RCMP Detachment, local police or Nova Scotia Crime Stoppers at 1-800-222-TIPS (8477) or by a Secure Web Tips at www.crimesstoppers.ns.ca. Calls to Crime Stoppers are not taped or traced and if police make an arrest and lay charges based on a tip, callers qualify for a cash award.

Note to Media: Photo of Shatter is attached. 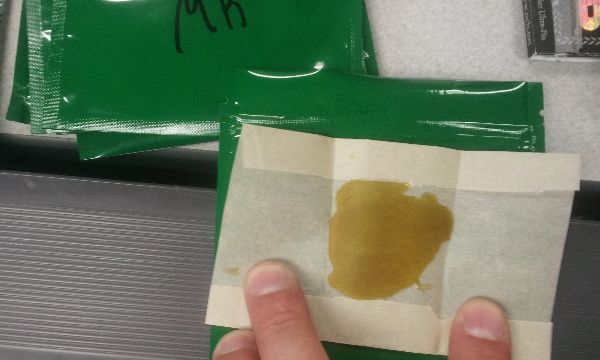