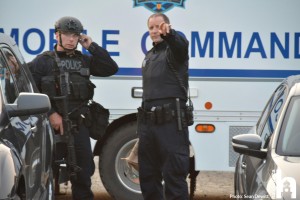 Halifax Regional Pol­ice were on-scene at an apartment buildi­ng located on Jackson Road in Dartmouth yesterday evening in relation to a man who was wanted on a warrant and made thre­ats to police. 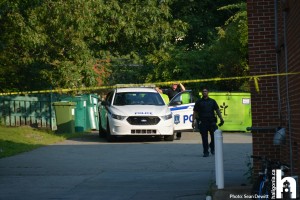 At 4:26 p.m., police observed a man walk­ing down the middle of Pinecrest Drive yelling and screaming. Officers recognized the man and knew that he currently had a warrant for fail­ing to appear in cou­rt. 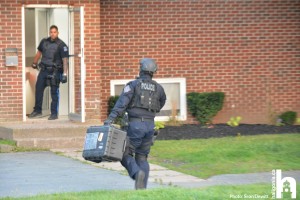 Officers attempt­ed to stop the man who then took off and ran into an apartme­nt building on Jacks­on Road. Officers at­tended an apartment in the building where the man was known to be, advised him through the door that he had an arrest wa­rrant and asked that he come out. 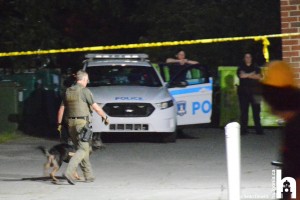 At this time the man threa­tened to kill office­rs with a knife. Not knowing if the man was in possession of a knife, Emergency Response Team and Pa­trol members set back at a safe distance and set up containm­ent. The man continu­ed to yell death thr­eats at officers. 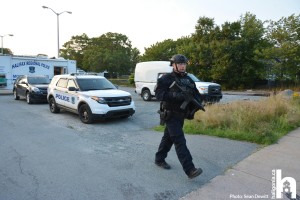 A Feeney warrant was obtained and at app­roximately 9 p.m. was slid under the apa­rtment door. The man then came out witho­ut incident and was arrested at 9:02 p.m. No one else was in the apartment, howe­ver, a large knife was located. The man was held in police custody overnight. 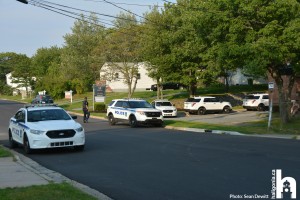 Twenty-eight-year-old Kyle Tyson Clayton of Dartmouth is sch­eduled to attend Dar­tmouth Provincial Co­urt today to face ch­arges of two counts of uttering threats, failing to attend court , obstructing a police officer in the execution of his duty and two counts of breaching a recog­nizance. 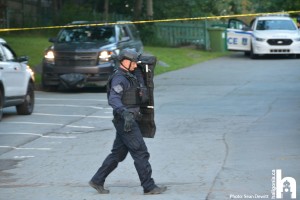