Ally: Perhaps it’s the weather, perhaps it’s the ongoing sinus infection, whatever it is my mood has been sadface as of late. This means I’ve looked to The Internet to bring a slice of smiles to my life. Here’s what I’ve found. 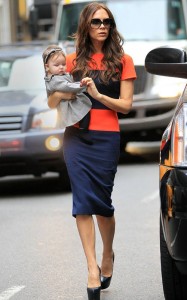 Amazing. In a completely sarcastic way.

I want to know how far from the car she had to carry that baby. Dudes, look at her SHOES. There is no way. No way. To the mothers out there, imagine this chick walks into your playgroup? Worse than the judgey mom bitches who lie about their three week olds sleeping through the night.This was first brought to my attention by Lainey, who is also bringing me an additional dose of sunshine today with her breakdown of who will win People Magazine’s Sexiest Man Alive. Fantastic read.

Guys? I think I want a pair. Talk me out of it. Please. I see them everywhere. As much as I love a trend, this is too much. Right? It’s too much. 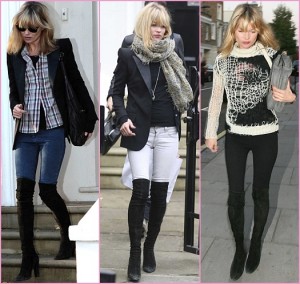 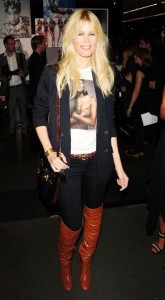 So maybe only supermodels can wear them?

Lastly, this song makes me and my sinuses dance around in my chair these days. Small things.

Bad video, I know. But still. Listen. Enjoy your coffee. Pray for my face.

P.S. As much as I hate Glee, I seriously love this:

Overkill on the crap. I know.

L-A:  I went to search for an example of why you shouldn’t wear thigh high boots and I came up with two things: 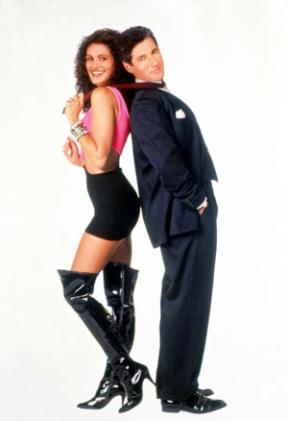 So good work Google Image Search! You reminded me of one of our old posts. And you ruined my argument against said boots because it’s a post about how Ally liked them last year. Which makes me feel better about bringing up saddle shoes every fall (I am still getting a pair…I swear it!). But a year later, I’m still not a fan. Not that Ally would buy plastic looking hooker boots, but I’m just not a fan. (Note from Ally: Wow. Am I getting really old? How did I forget writing this post? It’s like it NEVER EVEN HAPPENED).

It’s probably just me being jealous. I can’t even find over the ankle boots, let alone over the knee.

I’m not going to rain on Ally’s parade today by shitting all over her taste in music. I won’t pretend I like it, but I won’t tell you what I really think of Bruno Mars.

Although, if I were to tell you how I felt about that song in terms of fashion, it would probably look something like this: 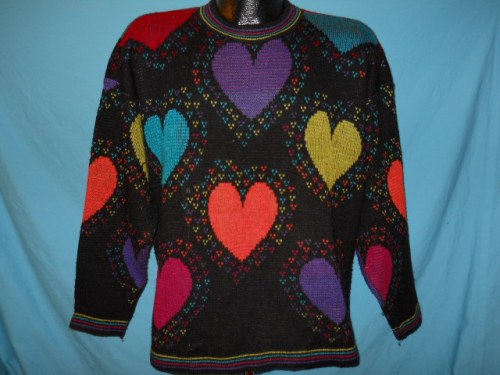 That is to say, tacky and overly earnest. And for some reason, things that are too earnest just drive me crazy. Which is probably why I hate Rachel on Glee. And why Bruno Mars makes me think of this without even hitting play on Ally’s other video. 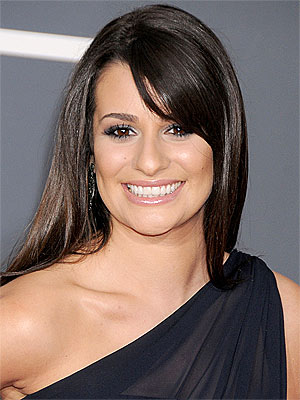 I’m going to go nurse the carpal tunnels (it’s craft show time again and the sewing is killing me) and pretend I didn’t listen to that entire song.