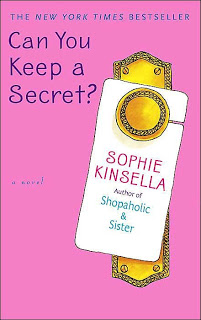 I’m on a mission. My mission is to enjoy my summer and read
relaxing books filled with fun, a little drama, some great looking men and, of course, beautiful women. Really, I want to read about women in their late twenties/early thirties who are in the same stages of their life as me. They have careers, great girlfriends, and are dealing with the big 3-0 (or just getting over it). I also enjoy reading stories where the characters are just a little quirky. Aren’t we all?
What’s chick lit, exactly, and how is it different from romance? Chick lit is considered an extremely popular genre (like mystery) and generally features hip, stylish career-driven female protagonists, usually in their twenties and thirties. The women featured in these novels may be obsessed with appearance or have a passion for shopping. The setting is generally urban and the plot usually follows the characters’ love lives and struggles for professional success (often in the publishing, advertising, public relations, or fashion industry). The style is usually of an airy, irreverent tone and includes frank sexual themes. (From Wikipedia).
I became interested in reading chick lit after going to the theatre to watch Confessions of a Shopaholic by Sophie Kinsella. Of course I’d heard of her books, but at first I was in denial – something so mainstream certainly wouldn’t appeal to me! But, I thought the movie was enjoyable so I thought I’d give the genre a try. I decided that I wouldn’t start with Confessions of a Shopaholic. Instead, I started with Kinsella’s Can You Keep a secret? I LOVED it! Not being able to put it down, I read the whole book in an afternoon. Since then, I’ve become a major fan of chick lit. 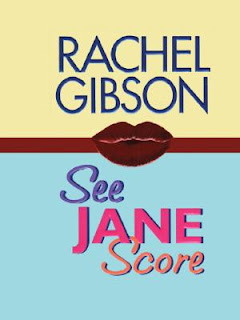 So, when I’m not reading about cataloguing or job-related “librarian” materials, I’ve decided to kick back, relax and enjoy reading chick lit this summer. So far, I’m loving my decision. I’m currently working through a bunch of books by the author Rachel Gibson. I’ve only recently finished See Jane Score and Not Another Bad Date. This past weekend, I started another one; Tangled Up in You.
I’m going to work my way through as much chick lit as I can this summer. I’ll try to share some book reviews, as well as some short books lists or recommendations (for example, if you like Sophie Kinsella, you’ll also like…)
In the meantime, if you’re interested in exploring what the library has in the way of chick lit, check this out. There’s a great blog for Chick Lit too. Unfortunately, the blog is no longer being maintained as the reader has moved on to other genres. However, she’s keeping it available and there are some great reviews and reading ideas available.