Did you join the colour correcting train yet? I have been browsing but not much shopping, except for this Cinema Secrets Ultimate corrector in Medium Red neutralizer. 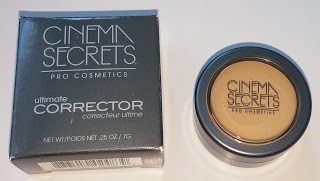 I always have acne scars and dark spots on the face to conceal, but the more pressing concern is the random adult pimples that still pop up regardless of age.

Set my attention on redness correction, I decided on this corrector, mostly because it did not look green like most others, I was curious. Another reason was the cost vs weight, which I will explain below.

Cinema Secrets colour neutralizing correctors seem to be quite well received among makeup artists, so that’s a good start.

This Ultimate corrector claims to be a pigmented, crease-proof and water-resistant long wearing silicone wax-based cream with second skin like finish and full coverage. 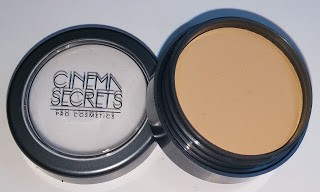 Simple packaging, and the pot is wide enough for finger or brush access. No complaints there.

Performance wise, I would say it does a good job as a spot concealer, making the red pimples look less “angry”, less visible.

I also appreciate the light and natural matte finish, especially when it lasts as long as my foundation. However, it loses the good coverage if applied and blended to a larger area. As a result, building it up is possible but not always desirable.

I swatched Medium Red neutralizer (far left) against the other 2 spot concealers I use – Cover FX Camouflage concealer in Light and Hard Candy Glamoflauge concealer in Medium – with a synthetic brush. Cinema Secrets version is very neutral tone, covers my pimples the best, with coverage as good as the rest. 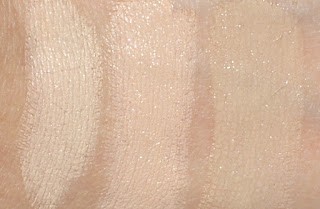 Size wise, Cinema Secrets is 0.25oz/ 7g, $23 while Cover FX is twice the size for about $30 and Hard Candy 3 times the size for $7. Not the best deal you can get but I do prefer it for redness correction alone.