For generations, my family has made clam chowder and I continue the tradition.  I recall my pleasure of crumbling saltine crackers atop the bowl of mom’s homemade clam chowder; not to thicken it up but, simply put, it was a tradition in my parents home.  The maritime autumn weather can be lovely and sunny but temperatures later in the day tend to drop off dramatically leaving me in search of a warming supper.  A chowder is simple and delicious.  It’s hearty enough to satisfy one’s appetite and easy on the pocketbook, too.

Traditionally I have used canned clams but for this recipe I chose fresh.  You can use any clam your fishmonger or grocery store offers.  I used steamer clams which are also known as long-neck clams or soft-shell clams.  Hard-shell clams are known as quahogs (pronounced co-hog) and referred as “little necks” (the smallest, 7 to 10 clams per pound), “cherrystones” (medium, 6 to 10 clams per pound) – both are good in a chowder.  The large quahog (2 to 3 clams per pound) can be a bit toothsome (chewy).  Personally, I find the little guys have the best flavour and taste sweeter.  Some cooks like to add flour to thicken the chowder but I mash some of the potatoes if I want a thicker consistency. 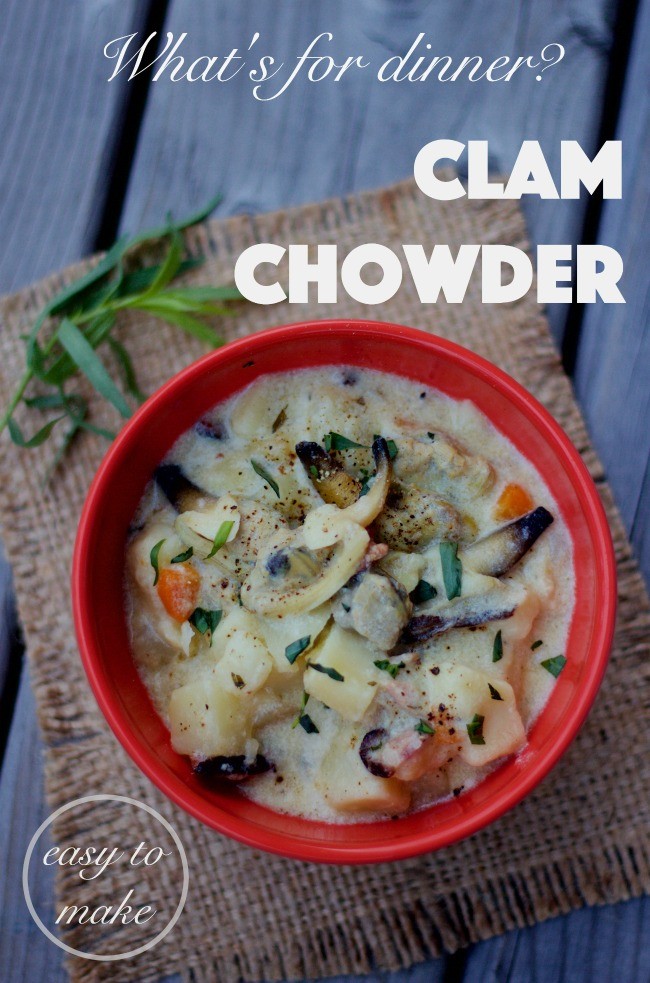 The Culinary Chase’s Note:  Make sure the potatoes are well covered with milk (at least an inch above).  If you want to use canned or bottle clams instead of fresh, add clams to chowder a few minutes before veggies are cooked.  Pour in some of the clam juice from the can for added flavour.  Enjoy!