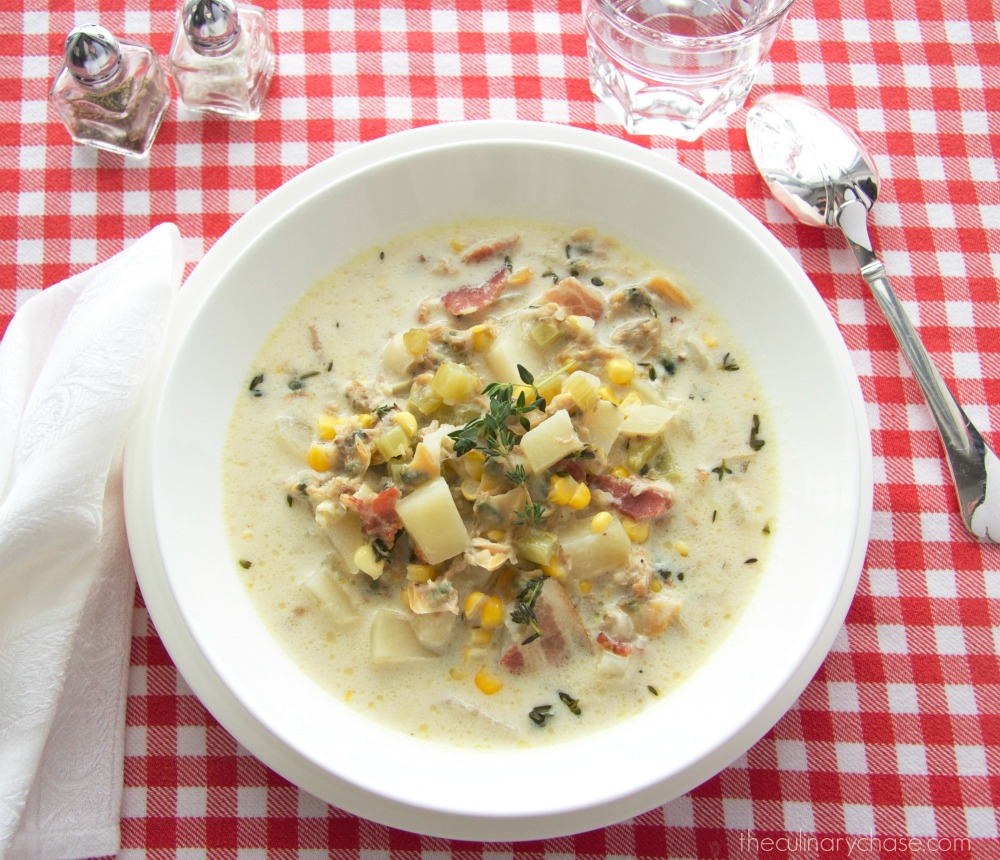 According to The Oxford Companion To Food, the term chowder (derived from the French word for chaudière) first showed up in the 1730s by French settlers who brought their iron cooking pots with them when they settled in the Maritime Provinces of Canada.

It was here they found the Mi’kmaq Indians and their appetite for native clams.  The Mi’kmaq cooking technique consisted of hot stones placed in water in a hollowed-out piece of tree trunk.  It has been suggested that a natural marriage took place between the clams which the Indians had and the pots which the settlers brought.  Growing up in New Brunswick (one of the 3 Maritime provinces), clam chowder was a frequent visitor in my mom’s kitchen and it was scrumptious.  There are many variations of chowders out there and the true chowder lover will proclaim theirs is the best.  For me, it evokes memories of my childhood and I won’t say mine is the best but it’s pretty darn good!  If you like this chowder, then you might also want to try Manhattan Clam Chowder  which is made with tomatoes. 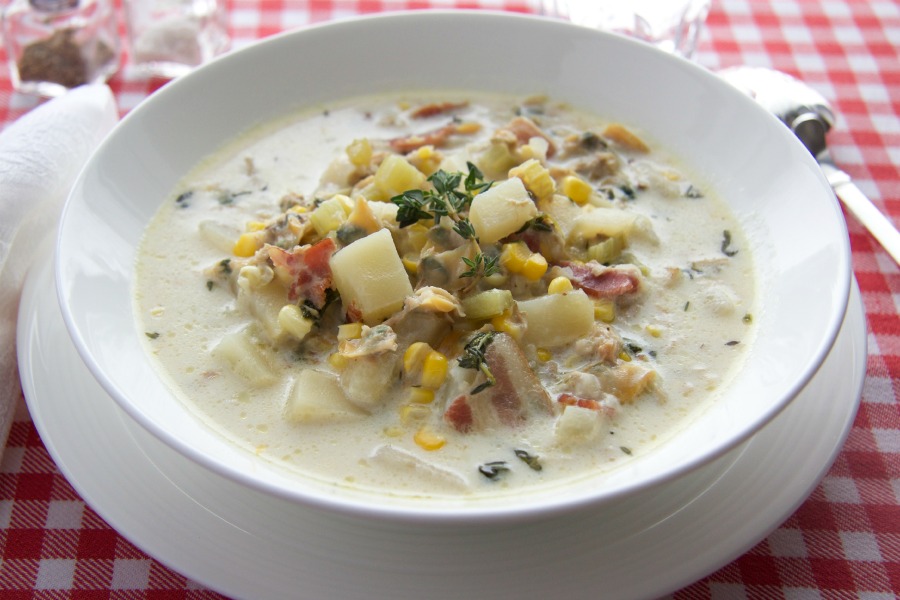 The Culinary Chase’s Note: Do not let the milk boil. I use the back of a spoon to mash a few pieces of potato to help thicken the chowder.  Enjoy!

The post Clam Chowder appeared first on The Culinary Chase.