For your Canada Day long weekend reading pleasure, I bring you an interview with another local entrepreneur. Some of you may know Jeff White as @brightwhite on Twitter. He’s one of the two principals at Kula Partners in Halifax where I sat down to chat over coffee. Incidentally, I was treated to some excellent beverages served fresh from their in-house café. As it turns out, Jeff is also a top-notch barista. 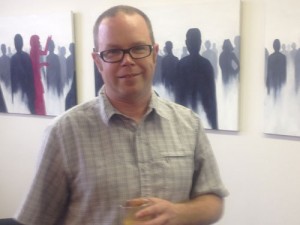 Jeff: I’ve one-half of the ownership of Kula Partners. Most of my day job would be spent working on building our business. So it would be meeting with clients, responding to requests for proposals, but mostly it’s shepherding the projects into the shop and then making sure that everyone’s got an understanding of what needs to be done. And then producing that and getting that out the door. I haven’t coded a website in years. I still know how to do it. I still keep up with it but our staff are definitely more advanced than I am now.

Kimberly: Do you miss that?

Jeff: A little bit but at the same time I don’t miss the frustration of it. I enjoy the running of the business more than I ever thought I would. That part is really what appeals to me now. It’s no less work. It just means you’re not doing production at three in the morning.

Jeff: I usually get up at 5 or 6 depending on what needs to be done that day. Get out of the house pretty early, hopefully having seen the kids before I leave. It’s not always possible but I usually try to get them up and get them dressed so that I can at least hang out with them for a few minutes because I’m not always home before they go to bed. Come into the office by seven o’clock. Spend the first little while just sort of catching up, reading blogs and All Nova Scotia, the paper and just see what’s going on. And then I just dive right into whatever projects, meetings or whatever that we’re working on. Always try to take a solid hour for lunch, go to the pub, have a pint and a sandwich. It’s the proper thing. I think we probably spend more time than most people do. We go out for lunch every day because it’s time to decompress and chat about what’s going on in the business. Carmen and I usually go together and use that time to either talk about a project or how we’re going to respond to a particular RFP or deal with an issue or how we’re going to land somebody or new ideas. And then spend the afternoon getting stuff done or more meetings and home by six/seven o’clock. Do a little work and crash out for bed. I’m trying to fit cycling back into my schedule again but it’s not always possible. Yeah, it doesn’t sound that interesting but it usually winds up being pretty fun.

Kimberly: It’s diverse throughout the day, is it?

Jeff: Yeah, every single day is different so it could be doing eight hours of photo and video shoots or it could be ten hours of writing or it could be just a bunch of this, that and the other thing. Running around. You know, I’ll still go out and pick up a print job from the printer and then deliver it to the client because it’s not always possible to get a courier and I want to stay involved with that sort of stuff. I don’t want anyone to work for me to have to do anything that I wouldn’t do myself. Never go make anybody go get coffee if I wouldn’t be willing to do that. I worked in a graphic design studio when I was sixteen and basically spent that entire summer fetching cigarettes and coffee for the designers who worked there so I kind of know what it’s like.

Kimberly: You spent some time away. What made you decide to come back to Halifax?

Jeff: It was interesting because if you could build websites in the ’90s you were pretty much indispensable. I went to a couple of conferences and I’d get emailed job offers every couple of weeks. Boston, San Francisco…and in some ways I regret that I didn’t take them up on it and go and try those things but I’m pretty happy with the path that my life has ended up taking. We came back in ’99. My wife was doing her education degree at UNB and we came back after that because our families are here and we wanted to start a family. I like Halifax. It’s a reasonable size for a city and there is, if you look for it, some interesting momentum in the city and some great people here. If we can get around some of these other issues we’re having, hopefully the new mayor and new council will clean things up. I don’t think it’s going to be the silver bullet or anything, sadly, but there seems to be some optimism in the city.

Jeff: I’ve got three little kids so if there’s things to be done on the weekend it’s usually with them. The time that I don’t spend working or with the kids what I’d like to be doing most of that time is riding my bike. That’s really been the thing for me my whole life. I’ve been racing bikes since I was twelve and it’s just one of those places where you feel like it’s home. Fitness is evading me.

Kimberly: What do you enjoy most about living here?

Jeff: There’s a lot of things to like about Nova Scotia. Halifax is a really smart city. There’s some really intelligent people here and I think the fact that we have so many universities probably has something to do with that. I like coastal cities too. Like Vancouver is awesome. I could never live in Calgary. And I don’t even like water. I can barely swim. I have no interest in owning a boat. But I like it around here. The people are really great and we’ve got some great clients here and it’s a good place to do business from. You’re only an hour to New York, an hour to Boston, only a couple hours to Europe. And we’re lucky to have clients all over North America and we’re trying to land a few in Europe to broaden the base a bit. It’s a good place to work out of and when you go someplace from Halifax I think there’s an innate respect for the place elsewhere. In the conferences in San Francisco, at Carnegie Mellon University in Pittsburgh, they’ve all heard of NSCAD and they know the credentials of this city as kind of a creative mecca. And I think that’s pretty cool. It’s a good place to be and it’s a good place to be from.

Although I know it’s also frustrating because it’s hard for people who come here from other places to kind of get a foothold, especially if they’re trying to start a business. That frustrates me. It shouldn’t be that hard. It shouldn’t be that much of an old boys’ club. I had a neighbor for a while who came here from Amsterdam. His wife was from Holland and he was from Halifax originally but had lived in Toronto for quite a number of years and he had a management consulting business. They were working with clients like Pirelli in Europe and then he came here and he couldn’t even get a gig working for some school board in the middle of Nova Scotia. Totally overqualified for it but because he didn’t know anybody he couldn’t land the gig. Eventually he just got frustrated and moved back to Toronto. That happens more often than you know. And I think that’s not good for business here. It needs to be a bit more welcoming, a bit more open. Sometimes it’s not the business relationships, it’s the personal ones that cause the issues. That “come from away” thing is a thing because we say “come from away.”

It seems like it’s getting better. It seems like there are some interesting businesses popping up and people are doing some cool stuff. Social media is helping to fuel that or spread it at the very least. It’s not going to get better over night but it is getting better.

Jeff: I wish I had a bombshell to share but I don’t think I do. The thing is I’m probably one of those over-sharers..! 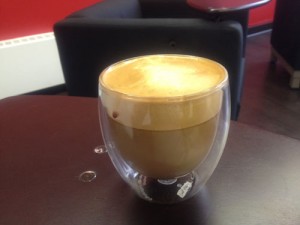