Home / Life / Couchtime With Jill / Community: The POlitics of Mold 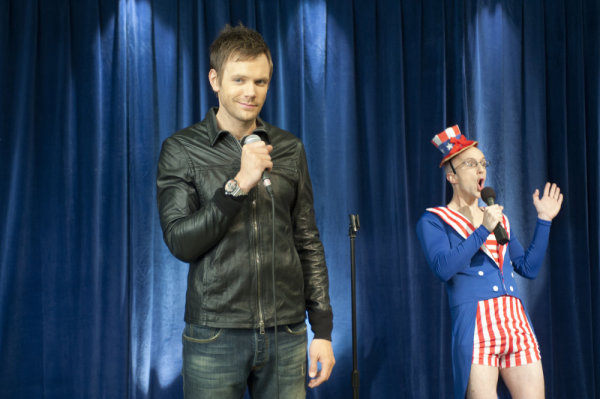 Community: The POlitics of Mold 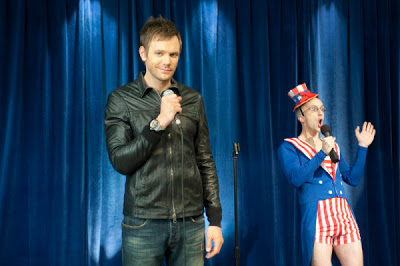 Any episode of Community where Jeff and Annie interact a lot is a good one in my book, and this one was made even better by the presence of Troy and Abed doing a talking heads shtick similar to my beloved “Troy and Abed in the Morning”.

It was election time at Greendale, and it couldn’t have come any sooner – the group was briefly reduced to actually having to (shudder) study.

Annie, of course, immediately wanted to run for student body president so she could clean up the school and shake hands with Joe Biden (an upcoming visit from Mr. VP was the catalyst for the whole election thing). But unfortunately for Annie, not only did she have a lot of competition, that competition included Jeff.

Jeff’s motive? Revenge. Annie dissed him after he told her how stupid politics were, so he ran against her. The showdown was great – much better than if Jeff had just been running as part of a bet, or because the prize was something like a free course credit. Also in the running was Pierce (also trying to exact revenge, on a poor girl who’d refused to lend him a pencil), Starburns, the “Pop Pop!” guy, Leonard, and a few other misfits.

Meanwhile, Abed carried on some bizarre flirtations with a secret service agent there to scope out any potential threats before Biden’s visit. This was a weird storyline – we’ve never seen Abed have feelings for anyone before! – but in the end, I thought it worked. Watching Abed watch Kickpuncher as the secret service agent watched him was pretty hilarious.

In the end, Annie went to great lengths to beat Jeff. After all, he’s the king of rhetoric and the student body is stupid. She had no other choice but to dig up a humiliating video of Jeff and play it in front of everyone. And oh, was it humiliating. Jeff performing a cheesy cover of George Michael’s “Faith” as an audition for Real World when he was about 19. What I loved was that it was actually embarrassing – Jeff couldn’t turn it into something cool and have the whole school in leather jackets by the end of the day.

Annie realized what a bad friend she’d been a stepped down from the election, and South Park was elected president with an overwhelming seven of eleven votes. Because, guys, that’s Greendale.

What did you think of “Political Developments & Uncivil Disobedience”? Did all the tension between Jeff and Annie make you want to see them date? Do you miss Shirley as much as I do? Do you wish Troy and Abed could cover real politics for us? (Their descriptions of each candidate were quick, but hilarious.) Now, check out these highlights and tell me what your favorite parts were: