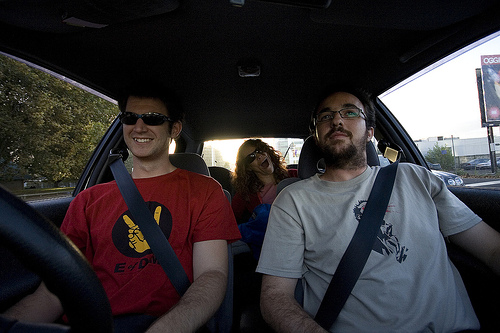 Haligonia follower PeterMoorhouse sent an interesting Tweet today about the practice of "slugging" that's taking off in Washington DC. Think "casual carpooling" and you've pretty much nailed the jist of the concept.

Could 'slugging' (the people’s transit) catch on in #Halifax (esp in case of a transit strike)? miller-mccune.com/culture-societ… via @ngcrebecca

Now, all security issues aside, this sounds like an interesting concept that could work in Halifax, provided there was some real advantage provided to drivers here. (We don't have carpool lanes in HRM) However, if there is a transit strike, we will have quite a few unused bus-only lanes at some intersections in Halifax.  Hmmm.  Check the video below, and the link through to the original article here.

Slugging — The People's Transit from Miller-McCune on Vimeo.

Could 'slugging' catch on in the wake of a Transit strike?
https://haligonia.ca/could-slugging-catch-on-in-the-wake-of-a-transit-strike-53259/