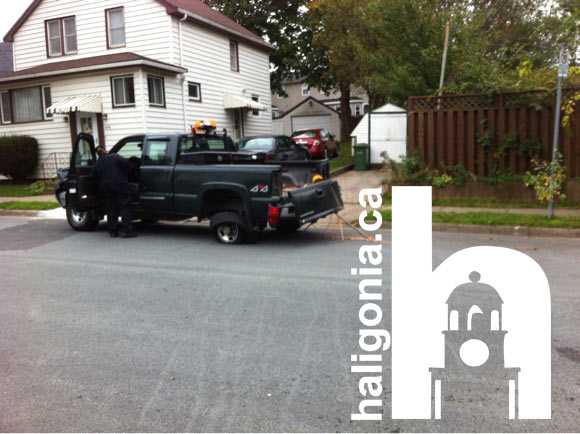 A driver is wanted by Police after early morning crashes caused extensive damage and disrupted power to parts of North End Halifax.

Police discovered a truck that had crashed into a light pole on North Street this morning.  Upon approaching it, the truck backed up, smashed the Police cruiser and fled the scene.  A fire hydrant and a second light pole were also damaged during the pursuit.   The truck was finally found abandoned on Seaforth Street.

Power is out to roughly 1,800 customers in the North End and traffic is expected to be affected as Police and power crews investigate the damage.  More photos of the damaged vehicle below. 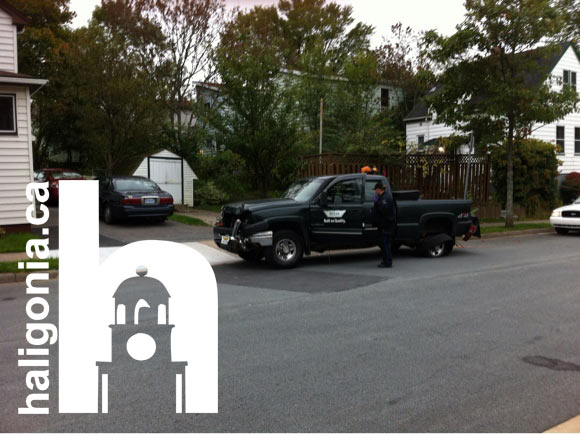 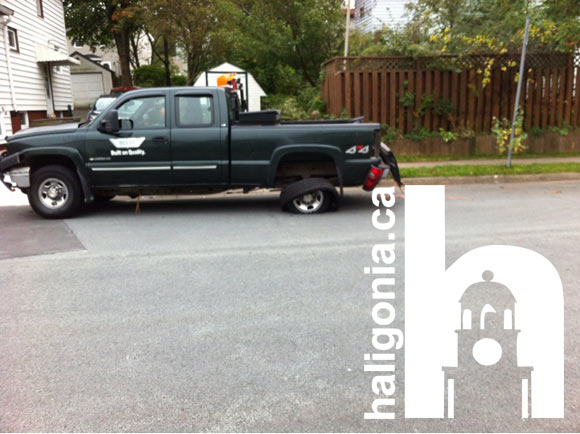 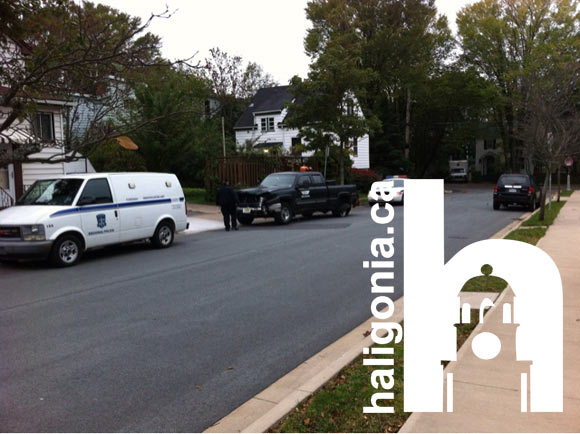