L-A: God. We just can’t resist a good (or bad) pun. But seriously. Folks are totally butt-crazy in love with the new Jason Wu collection for Target. And honestly, I can’t say that I blame them. Jason Wu is one of those designers I generally like, as does the First Lady of America (and bonus points: he’s Canadian, y’all). And then I saw some pictures of the collection on Fashionologie. 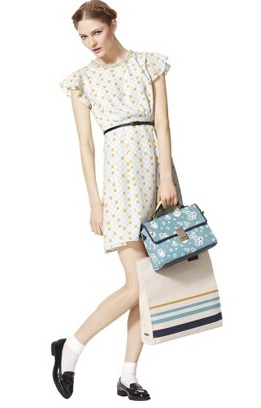 An outfit that almost literally makes me swoon.

He called it a “cycle dress”. I don’t know if he actually meant “cycles” as in “bicycles”, but I will assume that he does and express my adoration of the whole getup (styled with bitchin’ loafers) and dream of wearing it while biking about town. Or biking about Paris like I’m in a music video, as it is inspired by French films (which I’ve never watched) and the idea of an “American Girl in Paris”. #swoon.

Or how about this one? 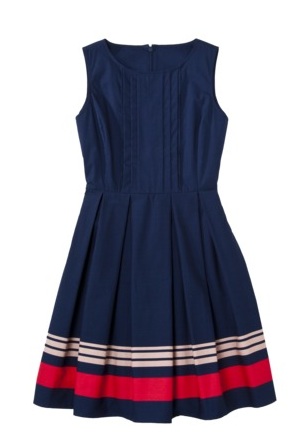 A nautical-ish dress? Yes, please. And this tote bag? 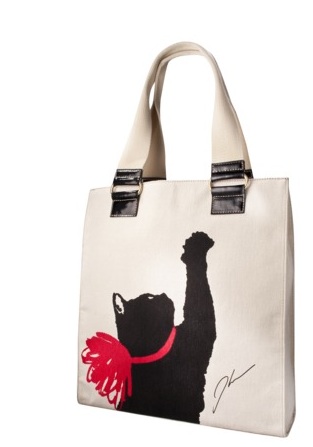 Of course, I was feeling glum that I’d never get my hands on any of this because we don’t yet have Targets and I won’t give my money to jerks on eBay.

Ally: It’s not all Bad News Bears however:

1. Target is having a Jason Wu pop-up shop in Toronto (tomorrow! Feb. 23!) at 363 King St. W. With a three item limit. And all the proceeds go to the United Way. Win for Canadians!

2. Tune into THIS VERY SITE tomorrow (Feb. 23) for a special announcement. Very special.

In the meantime, check out the Empire Theatres Twitter Page where L-A and I are guest tweeting for the week in the lead up to Oscars 2012. Which brings me to another item! Our fantastic Oscar Party! In the voice of Ryan Seacrest, “Have you heeeeeard?” Hope you can make it out, and we’ll see you here tomorrow!