When I was growing up, I had a great relationship with my father. Daddy’s Girl. Every daughter with a Dad can claim this title at least once in her life. This was the reason I thought I wanted a daughter when I was pregnant. I really wanted my husband to experience this deep connection with his child.

I valued this father-daughter relationship more because I had no idea how important the father-son relationship was.

Not until Father’s Day.

We really did have a good Father’s Day. We had breakfast with my Dad, we watched a golf tournament on television, we went out for steak. Cameron gave his Daddy some really special gifts including a painted-by-him picture frame and an iPod nano. I am so thankful I grabbed a picture of my smiling son with his happy Daddy. 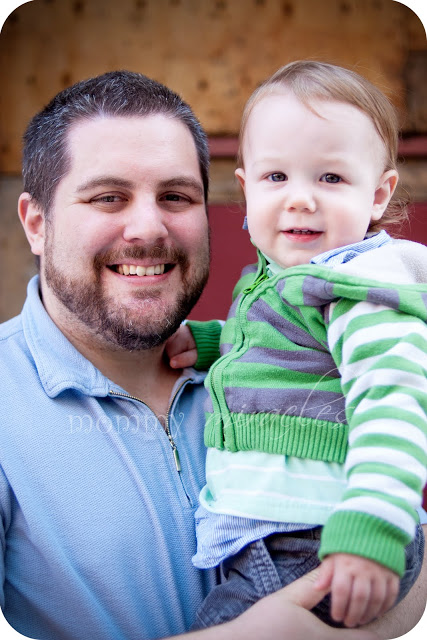 Because when Dan thinks back to this past Father’s Day, he will not remember these good times.

Instead, on those unfortunate times when he is thinking of Father’s Day 2011, he will remember the phone call he received from his brother right as we were climbing contentedly into bed.


At that moment I saw my husband as somebody different. Instead of the fantastic Dad that we had been celebrating all day, the dad who makes his boy smile and who values me as a mother, my husband was somebody’s child. A son who had lost his Daddy.

Grief flooded into our home that night. Grief that was heart-wrenching and touching and beautiful.

Love is nothing if not immensely beautiful and intensely painful.

Over these past weeks, I’ve gained a glimpse into this relationship that I was so rarely privy to. I’ve learned that my father-in-law was the best Dad a boy could ask for. I’ve heard stories from their thirty-one year relationship. I’ve realized how close my husband was to his Dad. Through tear-filled eyes, I’ve witnessed unconditional love.

I’ve seen the father my husband hopes to be.

As we’ve grieved and cried and worried and remembered and laughed, I have realized that the relationship between a boy and his father is crucially important. Dan’s Dad was his parent, his teacher, his friend and his mentor. As each year passed they grew closer.

I now know why Dan especially wanted a son.

We have been so sad over these past weeks. Each new day is a new opportunity to miss a man who meant so much to our family. But hidden within the sadness is something I pray my husband will soon be able to see: We are celebrating a life. Through each tear and ache and painful memory, we are telling the story of a man who made such an incredible imprint on the life of a boy; on the life of a man.

I very much wish I could thank my father-in-law for the way he fathered my husband. Because of his example I know that my son has the best father I could ever want for him. Every time Dan is the amazing father we celebrated on Father’s day; every time Dan tells Cameron he loves him or encourages him to succeed or teaches him a skill or gets down on the floor and plays, he is honouring you. He is honouring his Dad. 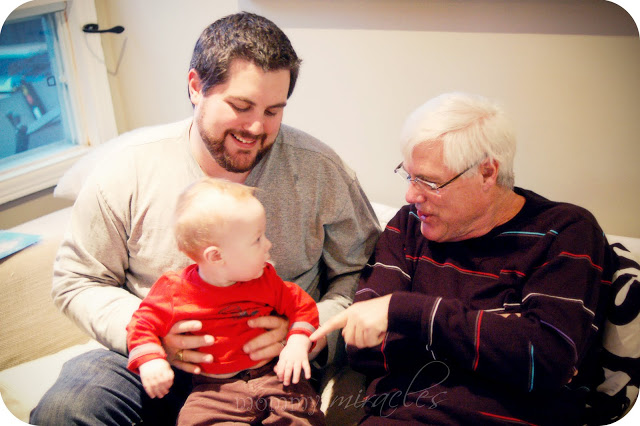 Grandpa, Daddy, Son
January 1, 2011
Laura (@LauraORourke) is a photographer who lives in Halifax, Nova Scotia. A wife to Dan and a mother to Cameron, she spends her free time blogging and reading. Her blog finds its home at http://miraclesofamily.blogspot.com. Her photography can be found at http://www.olalaphotography.com.