Dads – We Salute You

Dads, ya gotta love em. Maybe he’s the patient calm father of To Kill a Mockingbird by Harper Lee. Atticus Finch, the moral compass for so many for decades, a widowed father trying to do the right thing against all odds.

Another single father, Quoyle of The Shipping News by Annie Proulx, brings his daughters to Newfoundland after his wife’s desertion and death. With patience and care, he builds a life for himself and his daughters. 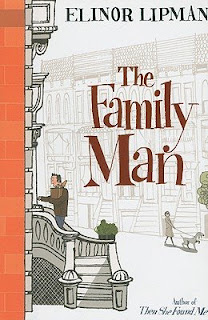 Or maybe he’s the father of many like in Cheaper by the Dozen by Frank Gilbreth. (Nothing like the subsequent movies by the way). Gilbreth, an industrial efficiency expert, tried to apply his management efficiencies to his family. A warm-hearted memoir.
Families don’t always follow the pattern of mother, father, six sons and six daughters, however. There is divorce, estrangement, and blended families. Henry Archer, divorced, gay lawyer is reunited with his stepdaughter in The Family Man by Elinor Lipman. Separated after a lifetime, this unusual family rebuilds its ties in its own unique ways. Luckily for Henry Archer, he was allowed the time to re-establish his relationship with his daughter. 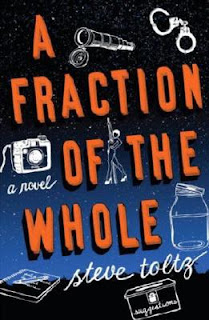 Time ran out for Draper Doyle Ryan of The Divine Ryans by Wayne Johnston. His father Donald, an oasis of understanding in his eccentric family, dies young leaving Draper Doyle to the tender mercies of wicked Aunt Phil. Luckily, compassionate Uncle Reg steps in to guide him through this terrible time.
Sometimes it is only after you lose a parent that you can begin to understand the individual he was. In A Fraction of the Whole by Steve Toltz, Jasper Dean from prison reflects on the events leading up to his father’s death.
And if for no other reason than to make your father look great, there is always The Shining by Stephen King. Redrum, redrum, redrum.