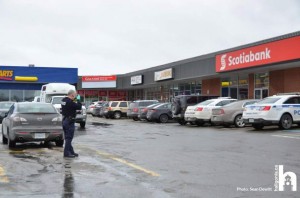 Police responded to two bank robberies on February 10, the first just after 10 a.m. at the Credit Union on Kearney Lake Rd. in Halifax, and the second shortly before noon at Scotiabank on Sackville Dr. in Lower Sackville. Following a three-month investigation, officers have determined that the robberies were committed by the same person. 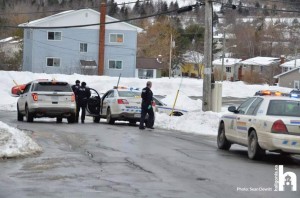 Thirty-six-year-old Leif Spilchen of Dartmouth has been charged with two counts of Robbery and one count of Uttering Threats.

Spilchen was previously charged with Robbery in relation to an incident that occurred at the Ultramar on Wentworth Road, in Windsor. This incident took place on February 16, around the same time frame as the bank robberies. He is currently in custody, and will be appearing in Halifax Provincial Court today on the new charges.