This year I’ve decided to take my pizza quest to Dartmouth! Just like the Halifax Pizza Quest, I will be dividing Dartmouth up into “pizza neighbourhoods” and ordering pizzas from all the shops in each zone for side-by-side analysis.

The pizza zones are as follows:

I realize that Cole Harbour and Eastern Passage are not part of “Dartmouth proper”, but it makes sense to structure the quest in this way.

We will be ordering medium pizzas with pepperoni, green pepper, mushroom and bacon. The addition of bacon I think is an important improvement because some shops use real bacon strips and others use those sketchy little bacon balls.

We will be scoring the pizzas in the categories of sauce, crust, cheese, toppings and overall, as well as declaring our top picks.

Denton Froese, LA Doomguts and Arthur of Halifax ReTales will make up the core of my pizza team.

We will be looking for kind Dartmouth pizza enthusiasts willing to host us (Cole Harbour, anyone?).

Anne Totten (@aetotten) and Martin opened up their house to us for the Downtown Dartmouth quest, and we all had a lovely evening of pizza analysis, conversation and Coca Cola! Thanks guys!

We tried to order from Avanti Pizza, but apparently we were outside of their delivery zone so they will be added to the North Dartmouth quest. 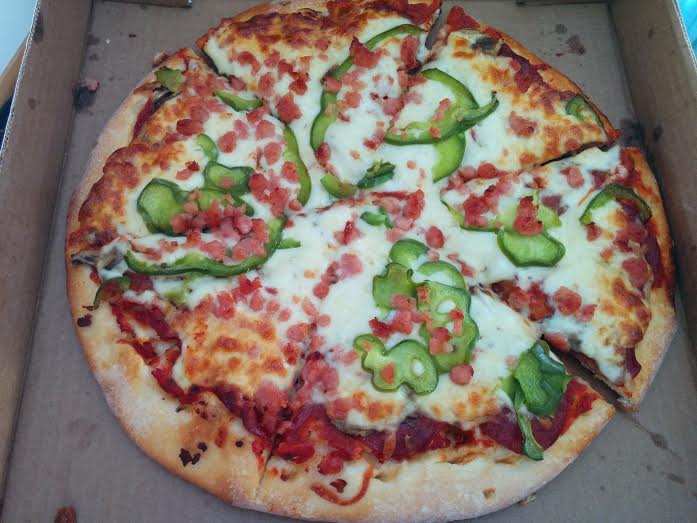 First up – Hungry Hut. This pizza was the cheesiest of them all, scoring first place in the cheese category. The crust was sturdy on the bottom, but people complained about a “pasty doughiness” on the top. The team generally felt that there wasn’t enough sauce and that the pizza was sort of bland.

Apparently Hungry Hut was hosting the Liberal Party for some sort of event when we ordered – so maybe there were some “cut backs”… heh.

This pizza got the lowest scores in most categories and was not chosen as a favourite. 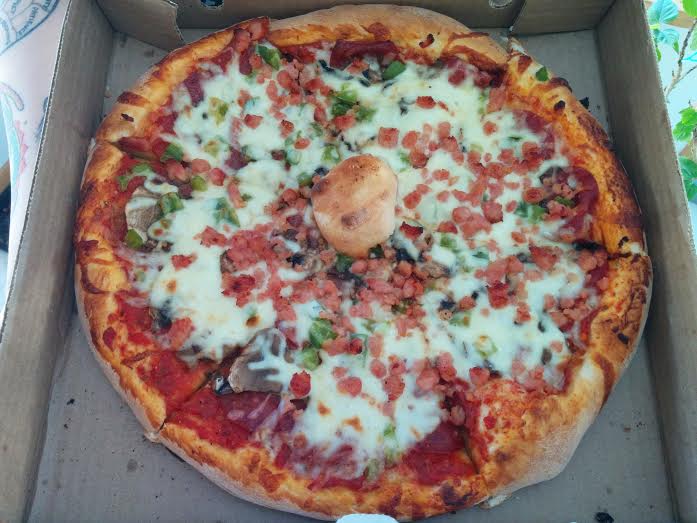 This pizza had kind of a sweet, soft crust and a nice spicy sauce – placing first in both of those categories. Arthur pointed out that the cheese was not pushed to the edges, and indeed, this seemed to be reflected in the score in the cheese category. People also felt there wasn’t much of a contribution from the toppings.

But overall, people enjoyed this pizza. It got the highest mark in the Overall category. Two people declared it to be a favorite, and 3 people picked it as their #2. 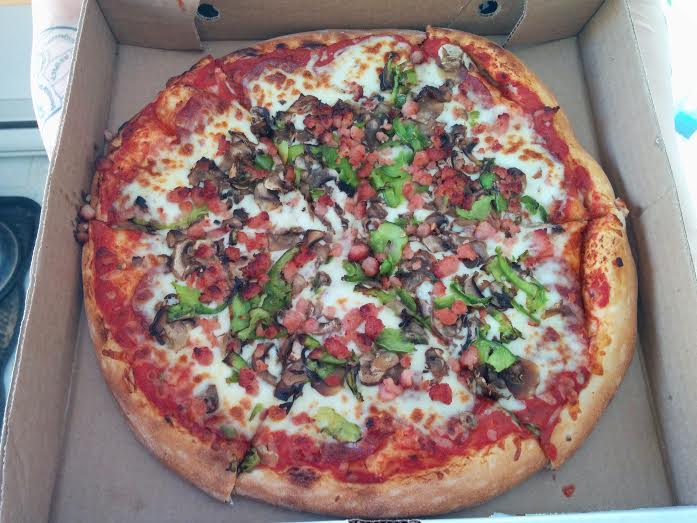 This pizza was loaded with toppings, but it was noted that they weren’t particularly flavourful. There was a tangy sauce, a boring crust, and not enough cheese. However, Martin was surprised that he enjoyed this pizza much more than his previous experiences with it. It was his #2 pick. This pizza was also LA’s #1 pick. 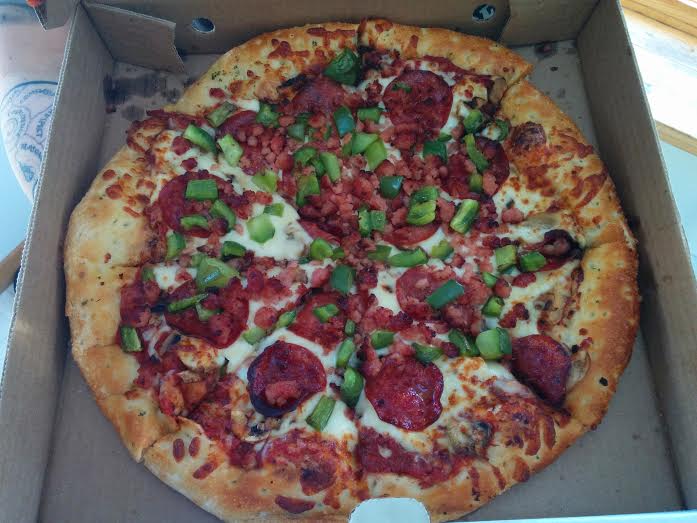 This was the only pizza to have the pepperoni on top, and in combination with fresh, crunchy, juicy green peppers it led the pack in the toppings category – soaring above the the others! However, the toppings are also very loose so expect them to tumble off your slice and for there to be debris left in the bottom of your pizza box.

Denton remarked that there was a “good cheesy synergy with the crust”.

I’m not sure what to make of the crust. I think it was at least trying to be a superior crust and it got a pretty good mark in this category. It missed the mark for me, but Anne really liked this pizza. It was her #1 and she wasn’t alone. Three people declared this to be their favorite pizza, and 2 people chose it as their #2.

Pizza Places using sketchy bacon balls: All of them.

Wow! This was a tight race between Revana and Downtown! Even though Revana was my #1 pick I’m going to have to give the edge to Downtown. 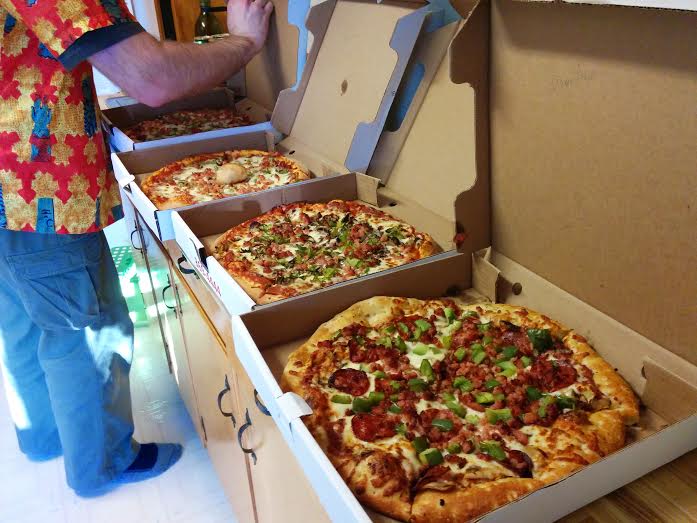