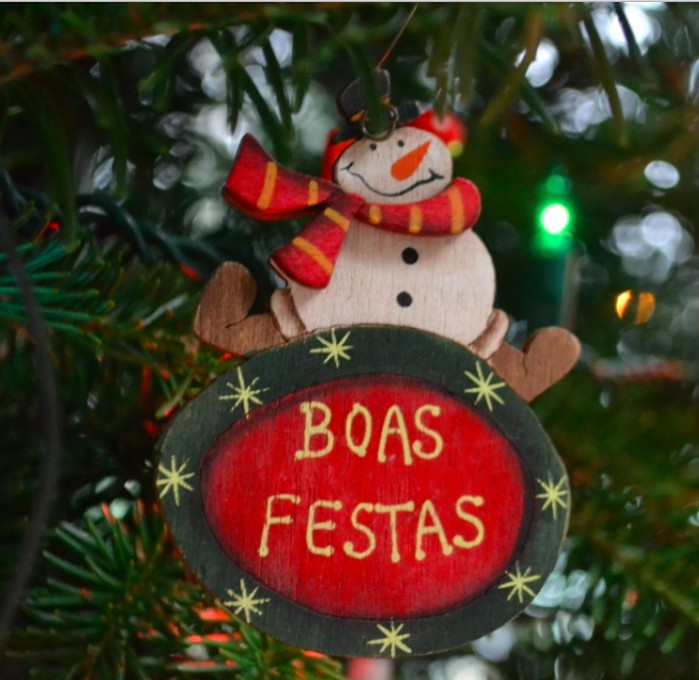 While the month as a whole was near or a bit cooler than normal, there was quite a bit of variability during December (see my earlier post on the roller coaster ride into Christmas).  In particular, there were a number of snow events through the middle of the month, with several bone-chilly days.  However, later in the month, there were several rain events, which removed the snow cover in Halifax, making for a green Christmas. Overall there was both higher than normal rainfalls and snowfalls.  This included Yarmouth, which received over 150mm of total precipitation (45cm snowfall); where precipitation is still welcomed by some folks whose wells went dry last summer. 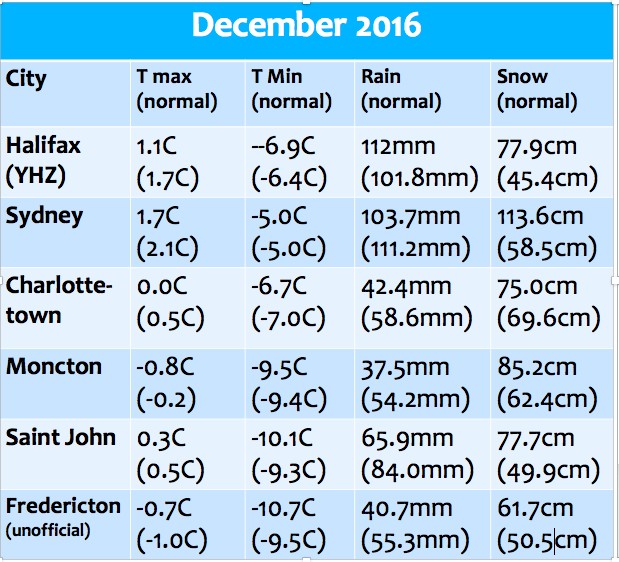 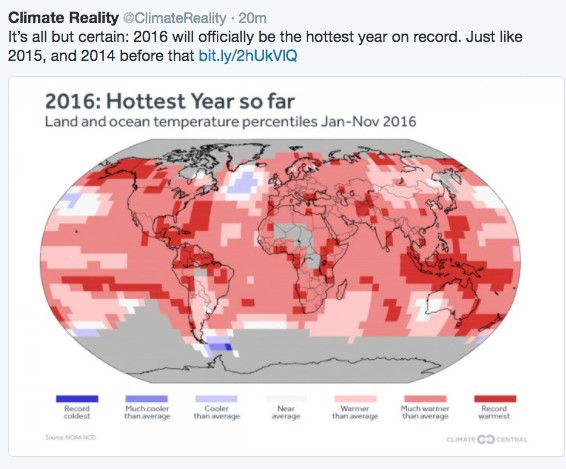 This is consistent with what is expected with Carbon Dioxide concentrations now exceeding 400 parts per million from the excessive burning of fossil fuels, especially over the past several decades. 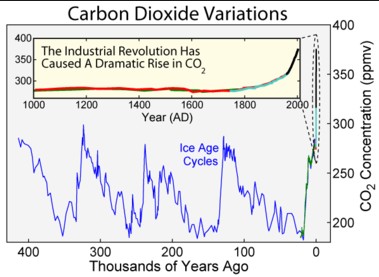 In Canada, 2016 was also warmer than normal in all locations except for the Labrador area. 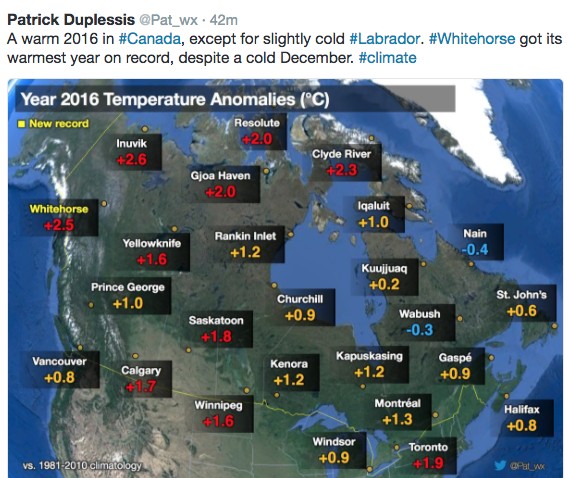 Unfortunately, the Arctic continues to warm at a rate twice as fast as the rest of the globe, which is affecting their sea ice and glacier concentrations, and resulting in permafrost melt.  This lack of sea ice potentially affects the global weather pattern, and increase the likelihood of weird and extreme weather and climate events.

Heading into January, I expect that this variability (roller coaster) will continue.  In fact, a storm Tuesday night into Wednesday will change a wintry mix into rain as warm air spreads over all regions except for Northern New Brunswick. 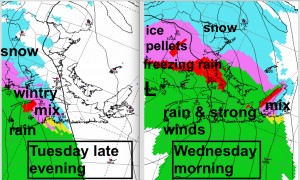 The Tuesday night-Wednesday storm is likely to impact both power as well as transportation.  Precipitation will begin as a wintry mix, making late evening or overnight driving slippery.  Freezing rain may persist for several hours in some areas of the Annapolis Valley and northern Nova Scotia, central and southern New Brunswick, and Prince Edward Island, increasing the threat of power outages and poor driving.

Northern New Brunswick will remain on the cold side of the storm, and 15 to 20cm of snow and ice pellets is possible.  However, along the Atlantic Coast of Nova Scotia where precipitation will fall mostly as rain, amounts may reach 40 or 50mm.

Cold air in the wake of this system will increase the likelihood of a late week snow event.  Stay tuned. 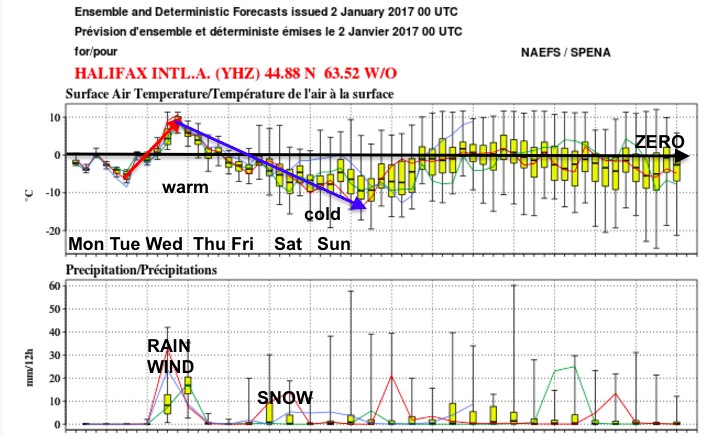