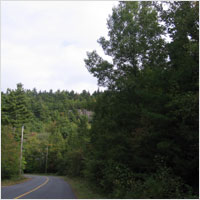 The Federal Research project for deer treatment stations – studying their efficacy in dealing with the blacklegged tick issue – is now proceeding.

HRM Municipal Operations crew are putting the stations in place today in Admiral’s Cove Park. The deer treatment systems involve a collar-like device which rolls on the pesticide Permethrin when the deer come to feed on the corn. The Federal government has received necessary approvals for the use of Permethrin for the research project.

Below are the FAQs which are also posted on the website at: www.halifax.ca/environment/Blackleggedtick.

An informational postcard is expected to be in the mail by the first of next week to all homes in Bedford and has also been posted to the website.

Councillor Tim Outhit is well-versed on this issue and will be sending information along to those who have been communicating with him regularly as well as posting on his Facebook site so they are aware. Richard MacLellan has been the lead for HRM in terms of the contact with the Feds and co-ordinating the set up for and dealing with the maintenance of the systems.

What is a deer treatment station?

Deer treatment systems are being proposed as a tool to help alleviate the tick population. The systems hold a central bin containing corn. Sur­rounding the bin are four posts similar to paint rollers treated with the pesticide Permethrin. The deer are attracted to the corn and come to feed from the systems. To reach the feed they must come into contact with the rollers that apply Permethrin to the deer’s head and neck area. While the pesticide is not toxic to humans and does not pose a health risk, cat owners are urged to keep their cats away from the stations.

What is the scope of this project?

This is a Federal research study – the first of its kind in Canada. It was launched this fall to help reduce the risk of Lyme disease. Deer Treatment Systems have been set up using pesticides to kill Blacklegged Ticks on white-tailed deer in the areas of Bedford (Admiral’s Cove Park/Magazine Hill) and Lunenburg. The project will help determine if the systems are economical and efficient and be in place when ticks are active – early October to mid-December/late March through to end of June.

Does this mean the Blacklegged Tick will be eliminated in these areas?

No. The research project using deer treatment systems is being conducted to see if it can help mitigate the spread of the tick. Ticks are not only carried by deer, they are also carried by birds, household pets and humans – virtually anyone that they adhere to – so it is impossible for the pest to be eliminated.

HRM continues to urge individuals to protect themselves and their family members by taking precautions before entering the park area through measures such as the following:

-Cover as much of your skin as possible by wearing long pants, enclosed footwear, by tucking your shirt into your pants and pant legs into your socks.

-Walk on well-travelled paths away from high grass and other vegetation.

-Check yourself, your children, and your pets after walking in grassy or wooded areas. Remove ticks as soon as you find them.

Why have Admiral’s Cove Park and Lunenburg been chosen for the research project?

This is a Federal research project and, while Lunenburg was chosen initially as its only test site, HRM applied to have the Admiral’s Cove Park area included in the study as well because of its close proximity to an urban area. It is hoped this study, along with education about personal precautions, will help mitigate the spread of Lyme disease-carrying ticks.

Two other regions in the Province have been identified as having a well – established tick population – Shelburne County and Pictou County.

Are there concerns about visitors to the wilderness areas coming in contact with the Permethrin?

While the pesticide is not toxic to humans and does not pose a health risk, cat owners are urged to keep their cats away from the stations. HRM is notifying residents in the area of the research project systems in Admiral’s Cove Park of the presence of the pesticide by way of an informational mailout. If someone was to come in contact with the Permethrin on the collar of the station, just as people are advised with something like a flea collar, they should wash their hands.

Is the location/movement of the Blacklegged Tick being monitored?

The departments of Natural Resources and Health Promotion and Protection have an on-going surveillance program, in conjunction with the Public Health Agency of Canada’s National Microbiology Laboratory. The Province is responsible for monitoring its presence and encourages people to contact the Department of Natural Resources or the Museum of Natural History if they find ticks on a pet or themselves or a family member. The department is using the information to help track the movement and presence of the tick, in order toraise awareness of its presence in communities.

Blacklegged Ticks exist across the province, but the risk of Lyme disease is quite low in most areas. There are now four areas that have been identified where the ticks are well established. Established areas in Nova Scotia include Lunenburg County (the areas surrounding Blue Rocks, Garden Lots, Heckmans Island and First Peninsula), Halifax County (Admirals Cove in Bedford), Shelburne County (Gunning Cove) as well as Pictou County, specifically the areas around Melmerby Beach, Egerton, Kings Head and Pine Tree. Powell’s Point and Thorburn are also areas of concern and will be monitored closely by the Province.

Have there been incidents of residents contracting the disease?

Yes. It is important to note that a tick must be on a human for 24 hours and be infected to spread the disease. If infected, an individual can be treated with antibiotics. This is still a serious disease. While not common, it can affect the nervous system such as facial palsy, heart problems, or chronic joint problems such as arthritis. These symptoms, when caused by Lyme disease, can also be cured by antibiotics. Occasionally, arthritis may continue if antibiotics treatment is delayed too long. However, Lyme disease is rarely life-threatening.