Ah, the baked good. They really are a weakness of mine. I love picking up a muffin, croissant, turnover, ect. at any bakery, but in a pinch, I rely on the spectacular baked goods from Deli Green. Deli Green sells their wares in a variety of coffee shops in the city, but they also deliver fresh goods every day to Atlantic News on the corner of Queen & Morris. And since AN is my go-to convenience store, so are Deli Green’s my go-to baked goods.
I wrote a very enthusiastic post about their Morning Glory muffins last year. Today’s yummy choice, however was the apple cinnamon roll. I stood at the counter trying to make my decision and all I could smell was cinnamon, sweet and spicy at the same time. The roll was a combo of flaky pasty on the outside, and gooey softness within. Little chunks of apple and currants helped to keep it moist and an icing sugar glaze on the top added a touch of sweetness. 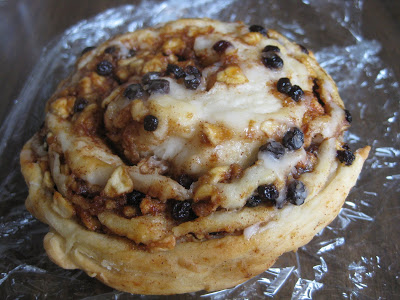 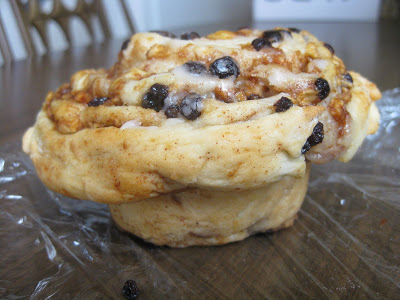 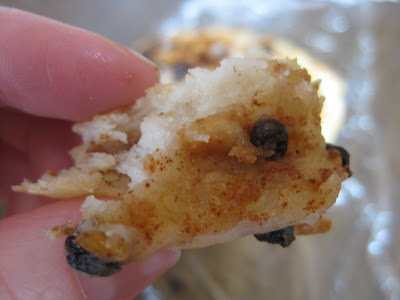