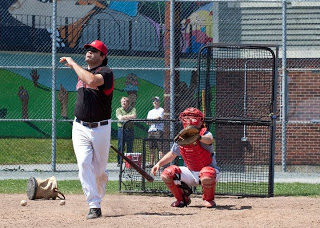 Steve Betts thinks the Packers edge on Special Teams will lead to victory in the Super Bowl.

Steve Sumarah, (Head Coach, Saint Mary’s Huskies football)-Steelers 21-17.Defensive play wins the game
Steve Betts (Sportstream Atlantic contributor and Colour Commentator for Dalhousie Tigers Hockey)- Packers by 10.Packers have better special teams, Pittsburgh due for a bad game.
Bill McLean (Voice of the Dalhousie Tigers, anchor of Sportstream Atlantic, and host of Bill McLean Sports Show on ckdu 88.1) -Packers 28-Steelers 24. Big Ben makes his first critical mistake in a Super Bowl that leads to a win for the Packers.
Avry Lewis McDougall-(Host, The Avry Sports Show, ustreamtv/channel/avryofedmonton)-give me 21-14 for the Packers. It’s going to be a smash mouth game. The Lombardi trophy comes home this year.
People who picked the Steelers to win-9
People who picked the Packers to win-15
Derek Leblanc is a sports writer and broadcaster in Halifax. Derek is a regular contributor to topmmanews.com.

Derek vs. The Spread:Super Bowl Picks by the Pros
https://haligonia.ca/derek-vs-the-spreadsuper-bowl-picks-by-the-pros-32649/