Back in August, the Halifax Examiner ran a story on a development proposal brought forth for the property at 8 Linden Lea, Dartmouth. In it, Tim Bousquet ably conveys the charm of the existing neighbourhood.

The article gives background on why the city might be considering this type of development, and raises some questions about whether it makes sense on this site. Bousquet states, ” …I have no idea what council will do with this, or what neighbours think of the proposal.” (Read the full story here.)

The proposal went to Council on August 5th, and was quickly passed. It then moved on to a Public Information Meeting on October 22 at Sportsplex, where there were about 20 community members in attendance. There were concerns voiced at the meeting, one of which was that only a very small number of neighbours were informed that the meeting was taking place.

A group called “The Friends of Linden Lea” has formed to make the public aware of the proposed development, and to present their case for why a 41-unit, 5 storey rental apartment building is not appropriate for the site. 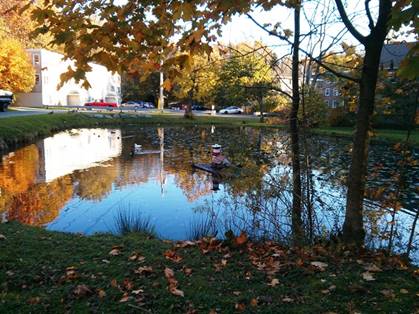 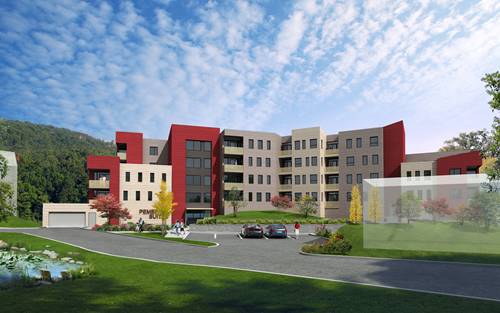 Below are some thoughts from The Friends of Linden Lea. What do you think?

WM Fares, on behalf of Milestone Properties, have applied for an amendment to the Secondary Planning Strategy (SPS) to have 8 Linden Lea designated an “Opportunity Site”. There are five such sites designated under the SPS, only two of which have started development. The SPS was designed for specific sites of downtown, and this is not one of those sites.

Milestone Properties – check out their website. They advertise this building as though it were already approved. Milestone call Linden Lea a cul-de-sac when it is actually a dead end gravel street, also occupancy is expected for the end of 2016.

This is moving a lot more quickly than we were lead to believe at the Public Information Meeting in October. We need to act NOW before it goes to the public hearing stage. It needs to be stopped at Regional Council. And it can be.

This is very concerning for all of us in HRM, even if we are not directly affected. Where will this end? Let’s not let it happen at Linden Lea. We need to put a stop to these types of amendments that serve only to financially benefit the developer and owner and alter the unique character of our neighbourhoods.

We do not oppose development that enhances and fits in with the character of this old neighbourhood and our existing bylaws, but this proposed development clearly does not. Please help in protecting and saving our beautiful community of Downtown Dartmouth. We are in this together.

All information regarding the Proposal, Secondary Planning Strategy (SPS), Traffic Study and more can be found at the Halifax Planning website.

Yes, we can stop this from happening.

Developing Dartmouth: Is Linden Lea the right place for this building?
https://haligonia.ca/developing-dartmouth-is-linden-lea-the-right-place-for-this-building-99957/