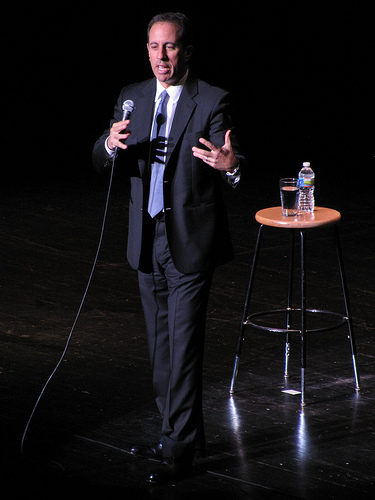 If you haven't, you'll get your chance on December 2nd. CBC is reporting that Christmas is coming early to the Cape as comedy legend Jerry Seinfeld is slated to perform at Centre 200 in Sydney with tickets going on sale next Friday, October 14.

Coming on the heels of last month's successful Elton John concert, the king of observation's scheduled stop in Cape Breton is part of an aggressive push to draw more big names to the region. Watch out Halifax! (Not to worry though, I'm sure Michael Richards could sell out the Metro Centre.)

Here's the link to the full piece: http://www.cbc.ca/news/canada/nova-scotia/story/2011/10/04/ns-seinfeld-sydney.html

Did Ya Ever Hear The One About The Tar Ponds?
https://haligonia.ca/did-ya-ever-hear-the-one-about-the-tar-ponds-44755/