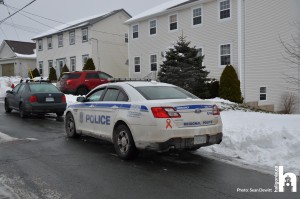 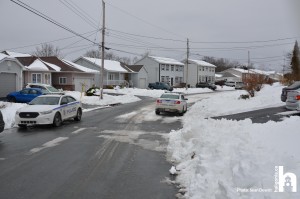 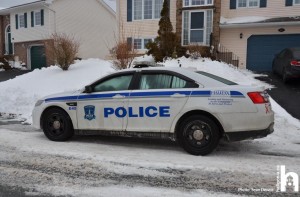 At approximately 3:15 am, Halifax Regional Police responded to a weapons complaint which originated in the area of Portland Estates Blvd and Portland St in Dartmouth. A man contacted police to report that he and a passenger had been driving in the area of Portland Estates Blvd and Portland St when he noticed a vehicle following him. The man pulled his vehicle to the side of the road and the second vehicle, which was a dark colored SUV occupied by two males, approached. The two drivers became involved in a dispute and the driver of the SUV pointed a handgun at the man and then left the area. The man contacted police and provided a description of the vehicle. Halifax Regional Police patrol members and Emergency Response Team members located the SUV near a residence in the 0-100 block of Hillview Dr in Dartmouth where two men were arrested in a wooded area near the residence. Halifax Regional Police have two 18 year old men in custody for weapons related offences and members of the Integrated Criminal Investigation Division are investigating.  A decision on charges will be made at the conclusion of that investigation.  Police do not believe this to be a random act as the involved people were known to one another.