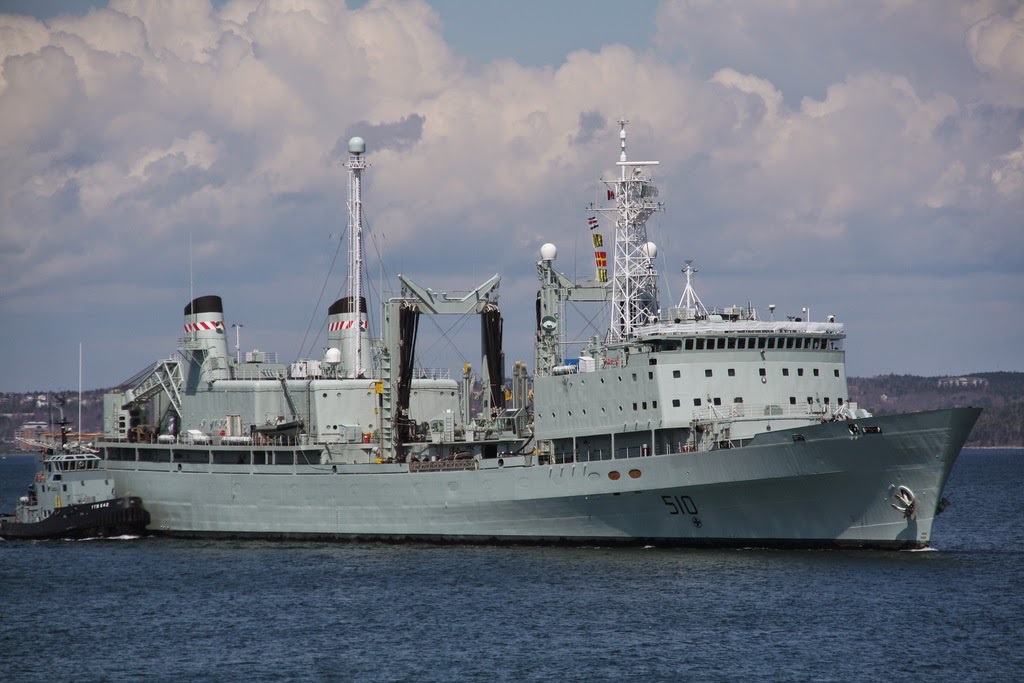 DND was fined 1$ and mandated to donate $20,000 to the Coastal Research Network and $7,500 to the Environmental Damages Fund as punishment for a March 2011 Spill, while fueling at Imperial Oil.

Aprox 14,000 litres of marine diesel fuel was discharged, but caused no damage to the shore or Wildlife.

A Technical investigation conducted by the military determined the spill was caused by a defective valve on the supply ship’s grey-water line, a waste discharge pipe that runs through the main fuel tank. Once the vessel’s fuel tank was loaded to the point that the valve on the waste discharge pipe was submerged, the diesel fuel flowed into that line through the valve and was discharged overboard.

The Preserver had just been returned to the navy from a work period at Halifax shipyard, where repairs were made to the valve assembly running through the tank.