The most recent kidnapping incident in Yemen involving a Dutch couple brought back the old question about how safe is it anyway to visit the Middle East, specifically Yemen.

Questions about tourism security in Yemen are misinformed at best. Brazil and Colombia have the highest rates of kidnappings in the world, yet that’s not the first  picture that pops to mind when thinking about an exotic vacation to Rio. 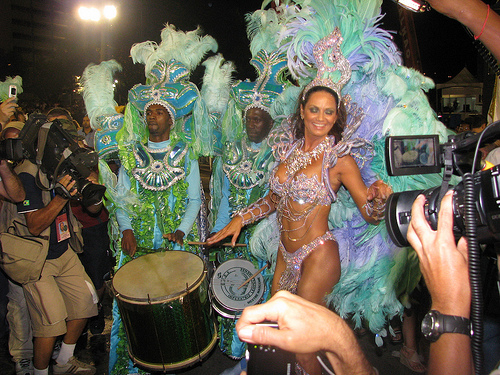 Research by the London-based ‘Control Risks Group‘ shows that between 1992 to 2000, only 52 people were reported as ‘kidnapped’ in Yemen. That’s about 6 people a year during the height of the kidnapping era in Yemen back in the 90’s.*

What’s worse is that since the year 2000, Yemen’s rate of kidnapping has steadily declined, while Brazil and Colombia went up. In  2003, Colombia averaged 10* kidnappings per day!

Yemen is the Biblical land of the Queen of Sheba, and purported ‘Cradle of Humanity’.  Now, I’m not saying you shouldn’t want to check out scantly clad Brazilians in fantastic costumes parading the streets of Rio to hot Latin music during carnival. But please don’t raise your eye brow when you (or someone you know) are considering a visit to Yemen.

Just remember that on any given day, you are a thousand times more likely to be the victim of violence in Rio than you would be in Sana’a, the capitol city of Yemen. 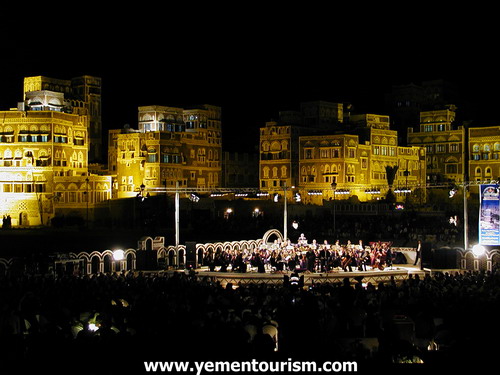 (Concert infront of the old city in Sana'a, Yemen)

Here is a video from a tourist’s recent visit to Yemen. I found this on YouTube and it is the only video I have seen so far that captures the ‘essence’ of Sana’a like no doctored tourism video has ever been able to: the people, the noise, the architecture, the dust, the customs, the smell, and the utter simplicity wrapped in cultural complexity.

Do Kidnappings Make Yemen Too “Risky” For Tourists?
https://haligonia.ca/do-kidnappings-make-yemen-too-risky-for-tourists-1607/