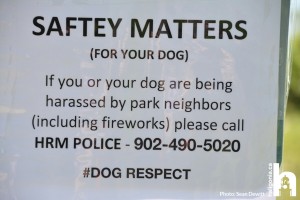 Signs from both the city and patrons of the Shubie dog park are up telling patrons of bylaws and warning dog park goers of possible safety concerns using the park, which has become a source of contention between some residents and users of the off leash dog park.

The situation revolves around noise complaints from some residents who are not impressed with dogs barking in the area during legal park hours.

The city put up signs reminding users to keep their dogs quiet and possible by-law issues that may come of it, but that hasn’t been enough for some. 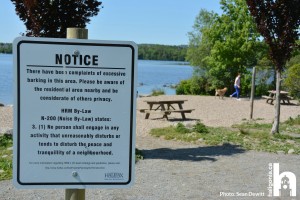 A serious escalation has begun with one man in the area launching fireworks in hopes of discouraging people from returning to use the park, however police are now involved in that matter.  Patrons of the park are watching out for each other with signs newly posted warning others of a possible safety issue and to call police with concerns. 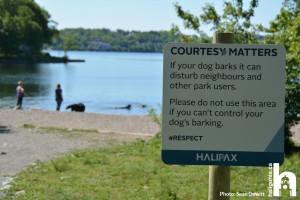