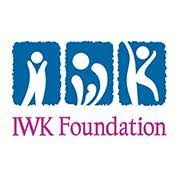 The IWK Foundation, in partnership with the IWK Health Centre, announces the completion of the Neonatal Intensive Care Unit (NICU) redevelopment with the unveiling of NICU South. This completes an amazing 100 per cent donor-funded NICU transformation at the IWK.

“We are here today because of our donors. They believed in the IWK’s dream to revolutionize care for the Maritimes’ tiniest and most vulnerable patients,” says Jennifer Gillivan, President & CEO, IWK Foundation. “I am so proud of our donor community and the way they always rally together for patients and families who rely on the IWK. It is more than we could ever have imagined was possible and I am just as humbled today as I was last year when NICU North was unveiled.”

The first phase of the redevelopment, NICU North, opened on April 11, 2018 while NICU South opened to patients yesterday—bringing the total number of private family rooms to 38. This new NICU is among the best in the world and has created an environment that recognizes families and the vital role they play in the care and healing of their babies.

No one understands the importance of families being together more than Genevieve Cormier and Andre Godin from Bathurst, New Brunswick. Their twins, Vincent and Elodie Godin, were born at 26 weeks gestation in March. They were transferred to the IWK’s existing NICU space in April after Vincent developedNecrotizing Enterocolitis (NEC), which is a serious disease that affects the intestines of premature​ infants.​ His condition required surgery and he continues his journey to recovery in the IWK’s NICU. His sister was discharged two weeks ago, which has meant that the family has been separated each night.

Vincent—accompanied by his parents and twin sister—was the very last patient to move into NICU South yesterday.

“We feel so lucky to now be in NICU South and be together again as a family. Since Elodie was discharged it’s been bittersweet to leave Vincent here each evening,” says Cormier. “It’s unreal to think about how generous our community has been to make this amazing space possible for families like ours. We’ve experienced the old and new units and I’m so happy that future families will have this new space from the beginning of their NICU journeys.”

This newly redeveloped facility is what attracted Dr. Jon Dorling to the IWK. He came to Halifax from Nottingham, England almost one year ago as the Head of the Division of Neonatal-Perinatal Medicine at the IWK Health Centre and Dalhousie University.

“There is a real sense of community at the IWK with a focus on family and the new NICU is undoubtedly the reason I am here,” says Dr. Dorling. “The care and consideration people have for one another is reflected in the generosity of donors. I was so impressed with the level of dedication and community support that goes into creating something so innovative.”

Single-room care offers families privacy, a place to sleep and a private bathroom with a shower. Equipped with the latest technology, these patient rooms also reduce the risk of infection, facilitate individualized and developmentally appropriate levels of sensory input for infants while enhancing parental comfort. This will ultimately lead to better outcomes and have long lasting positive effects on physical, cognitive and psychosocial development.

“The space configuration in our new NICU is one found in only a few places in the world and has allowed us to introduce a model of care that supports families to become an integrated part of their baby’s day to day life,” says Dr. Krista Jangaard, President & CEO, IWK Health Centre. “From sleeping in the rooms with their precious infants and participating in medical rounds, to partnering with their healthcare team—now, thanks to donors, every family can be there every step of the way. We are forever grateful to our donors for believing in the philosophy that babies and families need to be together immediately after birth and beyond.”

The opening of NICU South completes phase two of the three-phased critical care redevelopment project at the IWK. Construction of a new Pediatric Intensive Care Unit (PICU), also 100 per cent funded by donors, will begin this fall and is scheduled for completion in the spring of 2020. Currently, there is $4.5 million left to raise towards the $34.5 million Critical Care Redevelopment Project.