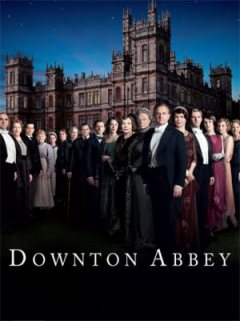 If you haven’t yet watched the fourth season of Downton Abbey, which just finished airing in the UK, don’t read on – I’ll re-post this blog when the season has finished airing on PBS.

Otherwise, carry on so we can discuss the fourth season in its entirety.

I had low expectations going into this season of Downton Abbey. Like most viewers, I was angry that Matthew had been killed off – even though that blame lies with the actor, not the showrunner. I wasn’t sure I wanted to watch a show about Mary feeling sad, given that she hasn’t always been my favorite character. And the first couple episodes this season were rather weak. Mary sat around wearing black and feeling blue, and you couldn’t exactly blame her – the love of her life was tragically killed. But it’s not much fun to watch. Then things picked up, and Mary actually became one of the best parts of this season. (And that’s coming from someone who was always, as they say, “Team Sybil”.)

Who will marry Mary? 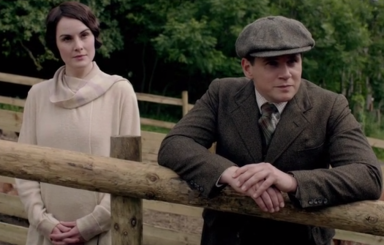 Once Mary decided to chin up, I became very invested in her storyline. In fact, I really was a big fan of the whole storyline of saving the estate. Mary taking a leadership role, often finding herself at odds with her father, was a good move. It takes her most prominent attributes – stubbornness, self0righteousness – and uses them in a positive way. I also liked seeing her pal around with Tom. They’re on the same side when it comes to running the estate, both sad, single parents. They are unlikely kindred spirits, which is what makes their friendship interesting.

As Mary started to come out of the fog of her grief, it was fun to watch the revolving doors of suitors at Downton. There’s Lord Gillingham and Mr. Blake, both of whom are charming, smart gents. It’s refreshing to see them actually get along, instead of the typical bitter love triangle. 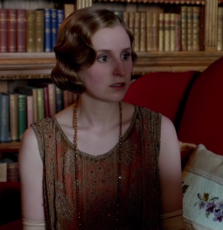 Edith and heartache continue to go hand in hand. She was so happy with Mr. Gregson, I was sure it would work out. But he went off to Germany to get a divorce so he could marry her and disappeared into thin air. Then she found out she’s pregnant – scandal! I love it. Edith wants to give her baby to a farmer on the estate, but Rosamund insists the safer, less painful option is to run off to Switzerland for a few months and put the baby up for adoption there. The poor kid will grow up Swiss, with lots of chocolate and apparently little conversation.

Rose and All That Jazz 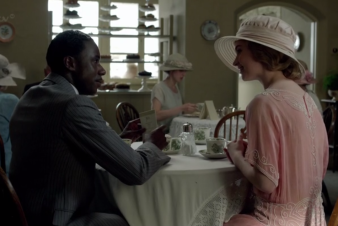 With Sybil gone, Rose has taken over as the family rebel. But they’re very different – Sybil pushed boundaries out of kindness and optimism. Rose has a happy-go-lucky spirit, but she also just wants to make her mother mad. I believe that she fell for the handsome black nightclub singer, but she rushed into marriage because she knew it would kill her mother. Still, I kind of wish her beau hadn’t called it off – at least not before more family members than Tom and surprisingly liberal-minded Mary could find out.

The saddest storyline this season was Anna and Bates’, and I have to assume that this will come back to haunt them at some point. Anna being raped by Lord Gillingham’s slick, awful valet was truly horrible – but the storyline was probably one of the more interesting this season. The pacing was very good – poor Bates didn’t know what was wrong with Anna, and there was a lot of whispering behind closed doors. But the end result, the valet mysteriously dying in a freak accident when come on we all know it was Bates, that’s bound to come up again.

I thought many of the storylines needed more juice in the season finale, but I’m happy to hold off with this one. The drama in the finale was Mary asking Lord Gillingham to fire his valet, so finding the valet mysteriously dead was enough for the episode. I expect more in the Christmas Special, though.

I think the weak point of this season was the downstairs drama, or lack thereof. The Alfred/Daisy/Ivy storyline did not do much for me, and I wish the writers would give Daisy something else to do other than to moon over Alfred.

Usually Thomas is good for some drama, but he barely seemed to cause any trouble this season at all. I miss O’Brien, even though I do like the new Lady’s Maid and Molesley’s friendship. 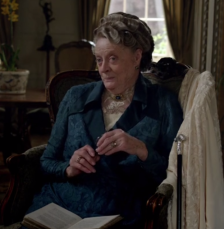 One of my favorite things about this season was how often we got to see the Violet and Isobel together. Their banter is some of the best, and even small storylines like whether the new gardener stole from Violet bring me such delight. Violet falling ill, and Isobel caring for her, was a fantastic episode – both funny and touching. And perhaps Isobel has a new suitor?

Until the Christmas Special…

I do have a pretty major complaint with this season, which is that I think too much plot was withheld in the end – presumably to save more drama for the Christmas special. I’m happy with where things left off for Mary – she’s not yet ready for a new man in her life, but there are a couple waiting in the wings. But these storylines stopped too short:

Downton has been renewed for a fifth season and Paul Giamatti is reportedly appearing in the Christmas Special as Cora’s brother. I’m looking forward to it!