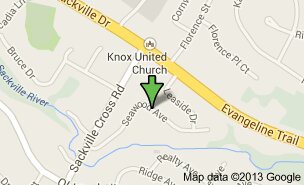 Two males are currently in police custody. A 15-year-old and 18-year-old from Lower Sackville face drug trafficking charges under the Controlled Drugs and Substances Act (CDSA). They will be appearing in court this morning.

A 21-year-old man from Lower Sackville will also face weapons and drug charges. He will be appearing in court at a later date.

The investigation is continuing and police anticipate other people will be charged.