its been a slow news week…

COVE opened at the former Dartmouth Coast Guard Base. 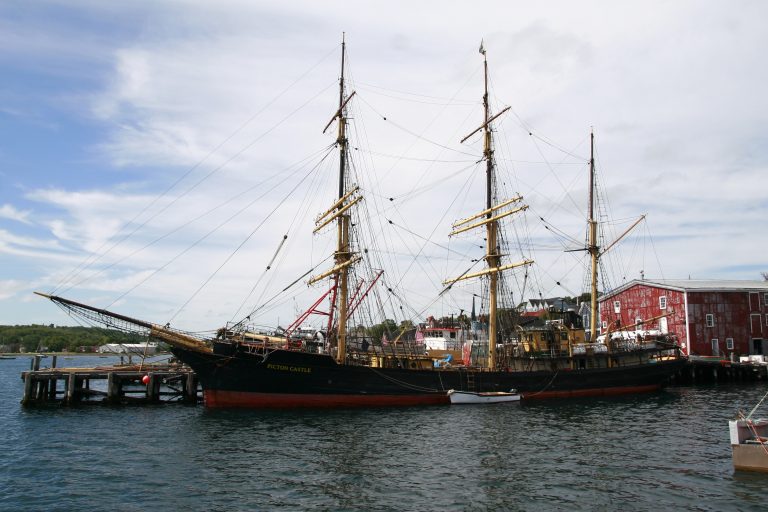 the Lunenburg based Barque Picton Castle to repaint her hull white

Last weekend brought an extended stop for the Container Ship Aracia on the Maersk/CMA-CGM service. Word is the ship was detained by Border Services. Earlier in the week unmarked divers were spotted in the water off Halterm, and on arrival, the Aracia was boarded and searched, including and underwater hull survey by dominion diving. It was also noted while this was going on the RCMP dive team was working in the Harbour. The speculation is that the ship was going to be used to smuggle drugs on the underside of the hull from Canada to Europe. we can guess it was export, since the ship previously called in Montreal.

Running drugs on the bottom of boat hulls is not uncommon, and apparently sometimes successful. The sailing vessel Schwalb  was apparently running drugs when it arrived in Halifax, and subsequently abandoned. When crews went to remove pollutants after she went ashore, they discovered fittings on the hull suggesting the boat was rigged to smuggle drugs.

June 11 1813 – Schooner Liverpool Packet is Captured by the US Privateer Thomas.

June 12 1912 – The last victim of the sinking of RMS Titanic, steward James McGrady, was buried at Fairview Cemetery