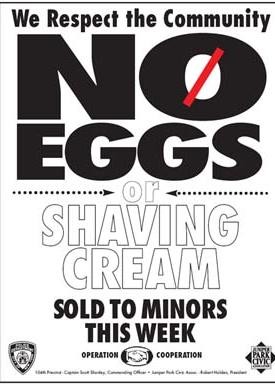 Halifax Police had their hands full overnight with three separate weapon-related incidents, and one drug offence.  A friendly tip: You can indeed be pulled over and arrested for carrying drugs in a cab.

Two 25 year old males were walking on Inglis St when they were assaulted by a group of 6-7 males.  The victims were pushed to the ground, punched and kicked by the suspects. One of the victims was also pepper sprayed. The suspects fled the area on foot and were not located. File is still under investigation.
Paramedics attended the scene to flush the victims eyes. Neither victim had to attend the hospital.

Officers checked three suspicious males that were around a parked vehicle on Kearney Lake Rd by Belle St. As a result of the investigation all three males were taken into custody and a loaded handgun and a sawed off shotgun(not loaded) was seized from the vehicle.

All three males ages 17,17 and 19 are being charged with weapons offences and will appear in court on Monday. The two 17 year old males will also be charged with breaching court orders.

Police responded to a report that 3 gun shots were heard in this area. Witnesses stated that three males in a dark blue hatchback had fired the shots from their vehicle as they travelled on Lemon Walk. It isn’t clear what the suspects were shooting at as no victim or damage was located.
The suspects were not located. Two shell casings were located in the area. The file is still under investigation.

The suspects were described as black males. One of the males had long(at least shoulder length) hair.

Members of the East Quick Response Unit and patrol members stopped two suspicious males in a taxi outside of the Faulkner St Liquor store. Both males were taken into custody and one of the males was found to be in possession of crack cocaine.

The 17 year old suspect with the drugs was held for court on Monday morning facing drug trafficking charges. The second male was released without charge.