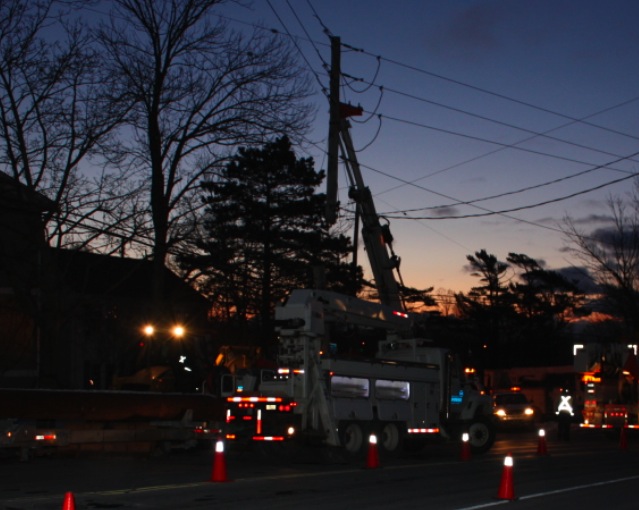 An impared driver caused an accident resulting in a power outage this morning in the West End of Halifax. Power appears to have been restored as of this writing.


View Larger Map
Many West end Halifax neighborhoods are without power this morning after a single motor vehicle accident on Joe Howe Drive at Mumford Road just after 2am.  An SUV travelling Northbound on Joe Howe struck a power pole, shearing it completely off. The male driver was arrested for impaired driving and refusing the Breathalyzer. He was treated by ambulance at the scene for a minor facial injury.

Traffic on Joe Howe Drive between highway 102 and Mumford Rd will be closed until approximately 7am to facilitate removal of the vehicle and the downed lines. After that, it is anticipated that one lane in each direction will be open.

Mumford Road will be also be closed from Romans Ave to Joe Howe Drive due to downed lines.

Additionally, motorists are advised that lights at several intersections are not operational. Police officers will be present at major intersections to direct traffic for the morning rush hour.

Those intersections without operational traffic lights or police officers directing traffic should always be treated as a four-way stop.

Power crews advise police it may be several hours before power is restored. The public should contact Nova Scotia Power for further updates on power restoration.

The public is urged to use caution on their morning commute in these areas.