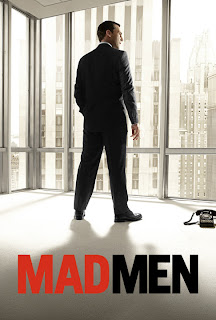 I’m finally caught up on Mad Men. I know the fourth season isn’t out on DVD yet, but I have to talk about it, so here we are. I’ll begin with this: SPOILER ALERT SPOILER ALERT SPOILER ALERT.
OK now.
Who’s angry?
Seriously, Megan? MEGAN? This was such a good season! And then Don goes and proposes to MEGAN? What? What about Faye? How could this have happened? I did not see that coming.
Who is Don Draper?
The season began with Sterling Cooper Draper Pryce trying to make it as a new advertising agency. I’ve got to say, I enjoyed Every. Single. Episode. this season. It all felt so deliberate and detailed and quick. Big things happened, big changes were made. 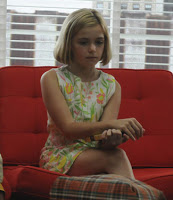 I’m not a huge fan of Betty, but it is too bad that we barely get to see her anymore now that she and Don are divorced. Let’s all hand it to the break out star of the season though, Sally Draper. That kid stole every scene she was in. The episode where she ran away from home? Brilliant.
We got to know Don a lot more too. The episode with basically just him and Peggy was some of the best TV I’ve ever seen. I’m still in shock over the ending, though – Dr. Faye had said he’d be married within a year, but I kind of thought it would be to her. Instead, he goes for a young, naive girl who will allow him to continue to keep his deep dark secret.
All The Single Ladies 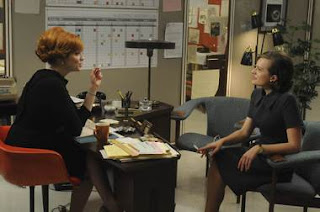 Betty might be remarried, but this was still a good season for the single ladies. Sure, Joan is still married to that rapist husband of hers – but do you really expect him to come home from the war? The twist that she is carrying Roger’s child is absolutely brilliant.
I also loved Peggy this season. Her reaction to the news of Don’s engagement in the finale was amazing, and that scene between her and Joan was just fantastic. Peggy really came into her own this season, even more than before.
Unlucky Strike
The departure of Lucky Strike was big, big news. I’m going to assume the agency will survive, because there wouldn’t be much of a show without it. And I was thrilled that Peggy landed the first account since Lucky Strike left. The letter Don sent to the New York Times was brilliantly written and executed, even if it was rather divisive in the office.
Tomorrowland 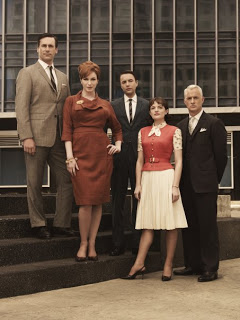 So where will the show go from here? Betty is starting to realize that her fresh start isn’t what she thought it would be, will she leave Henry? Will Sally and the other kids ever see poor Carla again? Will Don actually marry Megan? Will Joan be a single mom? What’s great about Mad Men is that these characters are so detailed, so realistic and so complex that I truly wonder what will happen to them while we’re apart. How many months will go by before we hear from them again? What will have gone on? Tell me what you thought of season four in the comments, and give me your predictions.