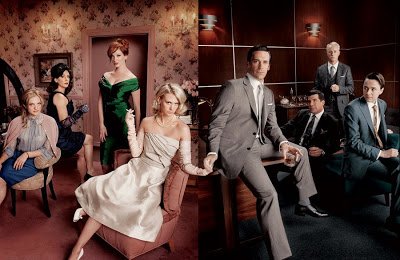 I can’t believe I didn’t jump on this bandwagon sooner.

I finally watched the first season of Mad Men (and am halfway through season two – stay tuned) and was pleasantly surprised that it lived up to all the hype. Don’t get me wrong – I knew it would be good. But sometimes when you hear rave after rave about a show or movie and view it well after the rest of the world has fallen in love with it, you can end up disappointed.

One reason to love Mad Men is that it’s incredibly stylish. The clothes! The clothes. I love Joan’s sexy office-wear and plan on scouring the internet to find myself a gold pen necklace. In fact, part of the reason that I love Joan Holloway is that I find her to captivating to watch. The actress, Christina Hendricks, has a mesmerizing face and she carries herself as Joan with an enviable sex appeal. 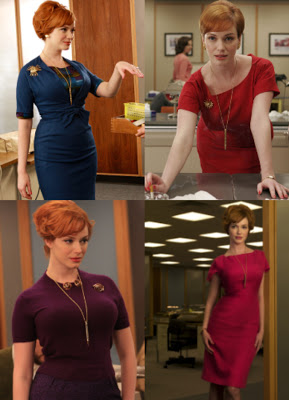 Betty Draper, wife to smoldering leading man Don Draper, is stunning. She’s played by January Jones – a former model – and looked as though an artist created her face as a prototype for classic beauty. She wears beautiful dresses at home and even more beautiful dresses when out with Don. 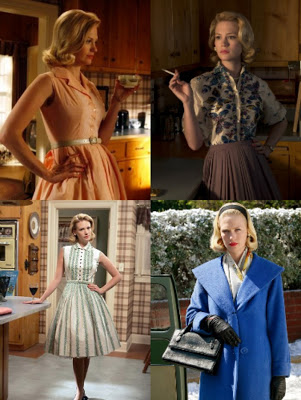 The other great thing about Mad Men is the setting – 1960s Manhattan. The employees of ad agency Sterling Cooper down cocktails like a night shift worker chugs coffee. They smoke all the time – not something I find appealing, but it’s true to the era. The 60s were a fascinating time in America and major historical events influence the plot in a very interesting way.

Mad Men is a subtle show. It took me a few episodes to get into it, and I’m still having the “Who’s your favorite character?” debate with my boyfriend. I like Joan, but he thinks she’s kind of a bitch. Which she is, but in a totally fabulous way. I also like Don, even though I feel as though I shouldn’t because he’s a philandering jerk. But a smooth and incredibly handsome one. Then we have the young, ambitious account executive Pete Campbell – someone I can only describe as a weasel. He’s unlikable but expertly portrayed.

It’s easy to root for Peggy Olsen. Though she’s decidedly less glamorous than Joan and Betty, she’s smart and ambitious and holds her own in a seriously male-dominated world. A shocking plot development in the season one finale caused me to question my love for her a little., but I won’t spoil it for those of you who haven’t seen the show yet. 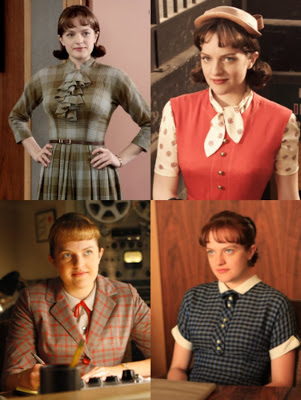 Mad Men is a beautiful, artistic, captivating show that both men and women can enjoy. It’s perfect for you if you love old movies, retro fashion or well-written and smart television. It’s also a great theme for a party (hint hint, people who are my friends). I thoroughly enjoyed season one and can’t wait to watch more. For those of you caught up on the first three seasons, the fourth season will debut this Sunday, July 25. In the meantime, get your 60s ad exec fix and “Mad Men Yourself“: 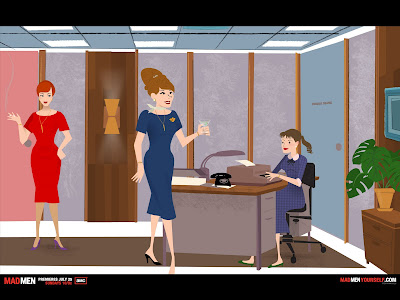