At approximately 8:40 p.m. Halifax Regional Police began receiving several 911 calls from citizens describing their homes shaking and hearing an extremely loud noise that was sustained for several seconds. Halifax Regional Police members and emergency services partners attended the area, spoke to several residents and began looking for the cause. The event was reported as being felt the more strongly near Lake Mic Mac, Waverley Road, Montebello Drive and Caledonia Road, Dartmouth.

At approximately 9:15 p.m. Halifax Regional Police received confirmation from a seismologist with Earthquakes Canada that there was an Earthquake-like event that registered at 2.6 on the Richter scale.

At the time of this release there have been no reports of injuries or damage to property as a result of this event. 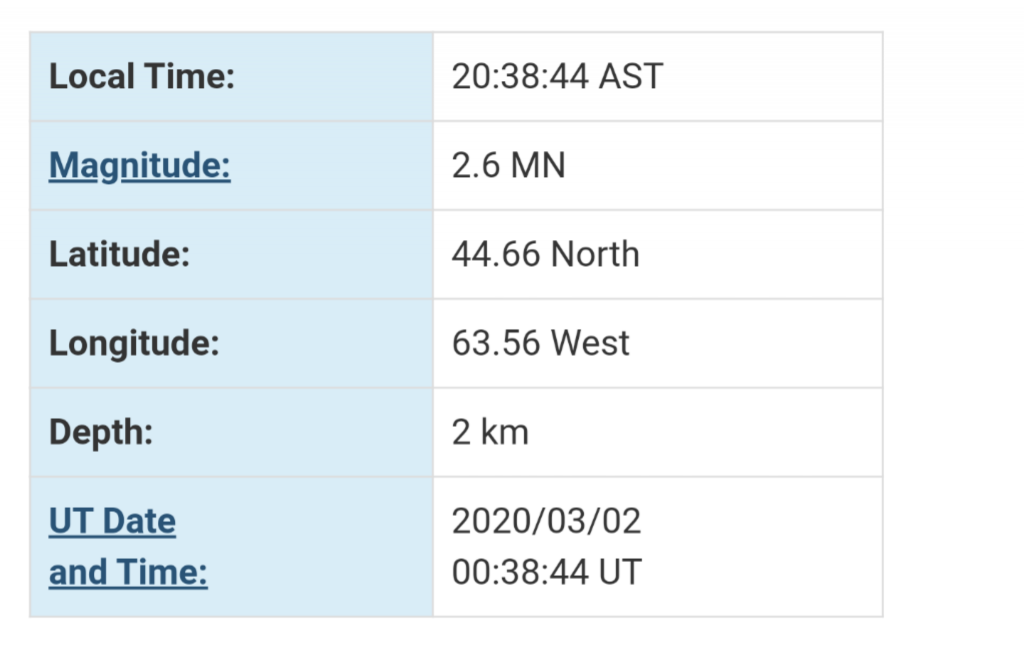 Halifax Regional Police have spoken to staff at Earthquakes Canada, Natural Resources Canada who have advised information regarding Earthquakes can be found on their website:

They have also advised that it is scientifically helpful to them for residents who felt the effects to fill out the “Did you feel it” questionnaire link on their website.

At this time there is no known risk to public safety as a result of this event.