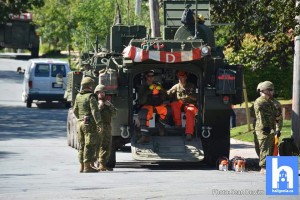 On behalf of Premier Stephen McNeil and all Nova Scotians, Chuck Porter, Minister responsible for the Emergency Management Office (EMO), expressed the province’s thanks to the Canadian Armed Forces for their support following Hurricane Dorian. Members of Joint Task Force Atlantic wrapped up their week-long response today, Sept. 15. 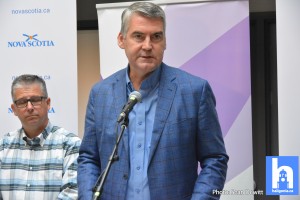 ​
“We appreciate the efforts of our Canadian Armed Forces members who deployed across the province, bringing not only much-needed assistance but also a sense of comfort and security to our communities,” said Mr. Porter. “Nova Scotians recognize that this support took members away from their own families and we are all very grateful to them for the support they provided in the aftermath of the storm.” 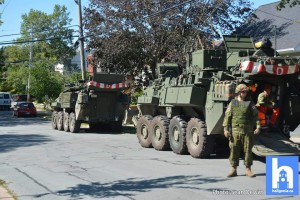 ​
While this phase of the recovery effort is over, Nova Scotia Power, which has brought in significant additional resources from outside the province, will continue to work until all power has been restored. The Emergency Management Office continues to operate the provincial coordination centre to facilitate efforts of EMO and its partners. 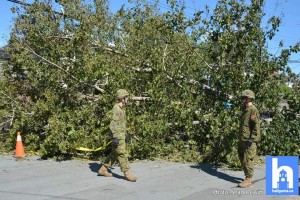 ​
Dorian, a Category 2 hurricane that made landfall in Nova Scotia on September 7, caused significant damage and risk to the safety of residents.
​
That same day, Mr. Porter requested the Canadian Armed Forces assistance in supporting the provincial response to Dorian, which was the largest and most powerful storm to impact our province in its history. Its effects were felt from Yarmouth to Sydney. 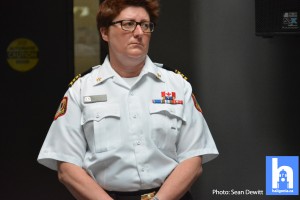 ​
Quotes:
“The collective response to Hurricane Dorian has been outstanding and working with our partners has been exceptional. I am very proud of the men and women of the Canadian Armed Forces who left their families at home and stepped forward to assist our neighbours, friends and families here in Nova Scotia. There is no more rewarding service than helping fellow Canadians in their time of need.”
– Rear Admiral Craig Baines, Commander Joint Task Force Atlantic
​
Quick Facts:
— 450 members of Joint Task Force Atlantic were involved in the Canadian Armed Forces response
— members were deployed to areas across the province including Yarmouth, Liverpool, Bridgewater, Amherst, Truro, Sydney, Halifax, Sheet Harbour, Inverness, Mabou, Lunenburg, Guysborough, Antigonish, Pugwash, Barrington and Shelburne, and many additional communities in between
— close to 9,000 km of streets and roads were surveyed across the province via land vehicles and in the air for potential issues, more than 445 km of streets were reopened and more than 600 trees and objects were removed
— helicopter support was provided by the Royal Canadian Air Force