Oh man. I was going to list my top ten movies of 2010, but then I discovered that 2010 provided really slim pickings. I couldn’t come up with ten movies. Whatevs, I thought. I’ll see a couple over the holidays – I’ve been dying to see Black Swan and The King’s Speech.
Yeah. That didn’t happen. Black Swan has only been playing in the really big, annoying theater in an industrial park that takes two buses to get to. I don’t have a car, I don’t know anyone who loves me who has a car, and I never got out to see the movie. The King’s Speech is slightly more local, but still not playing at the super-convenient mall movie theater located ten minutes from my house. Unfair? Yeah, I think so too. So faced with the choice of bundling up to make a twenty-five minute trek to see The King’s Speech, or staying at home in comfortable clothes and watching Gilmore Girls DVDs with my sister, I chose the latter.
I also haven’t seen The Kids are Alright, which everyone says is great. Should I see it?
OK, here are my favorite five movies (that I was able to see) from 2010: 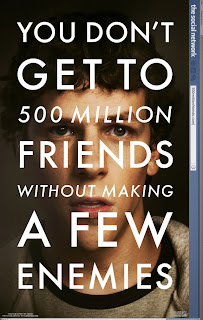 1. The Social Network (October 1 2010)
Jesse Eisenberg, Andrew Garfield, Justin Timberlake, Armie Hammer
Directed by David Fincher
In a good year, this shouldn’t have been the best movie I saw all year. But it was a dry year and it was. The writing, acting, everything was good. As for the whole “women were portrayed so poorly” thing? Well, yeah, kind of. But it’s not like Rooney Mara’s character was actually dumb, or cruel, or crazy. She was treated badly by Zuckerberg in a way that really just made me think “Oh look, he’s a jackass” and later “Hmm, maybe I was wrong. Maybe he has Asperger’s.” And Rashida Jones wasn’t playing a crazy bitch, she just easily could have been replaced by a cardboard cutout. Small complaints, given how much I otherwise enjoyed the film. 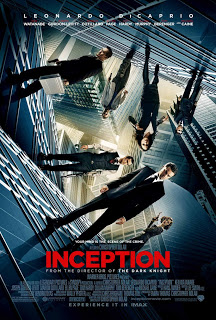 2. Inception (July 16 2010)
Leonardo DiCaprio, Joseph Gordon-Levitt, Ellen Page, Marion Cotillard
Directed by Christopher Nolan
Did you understand it? Did the top keep spinning? People had a lot of questions about Inception, but I didn’t. Maybe it’s because I don’t feel the need to unravel the dream within a dream within a dream plot to enjoy the movie. Maybe that’s because I’m not as smart as people who do. (Though I doubt it…) No matter what, I thoroughly enjoyed Inception. It was visually stunning, captivating, and although the characters were all rather one-note, I still kind of cared about them. 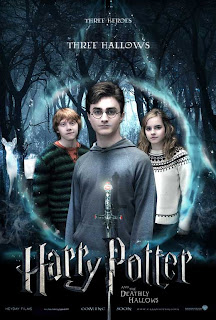 3. Harry Potter and the Deathly Hallows Part I (November 19 2010)
Daniel Radcliffe, Emma Watson, Rupert Grint
Directed by David Yates
The best Harry Potter movie yet? I thought it was. I should say this right away, though: I have absolutely no patience for people who see the Harry Potter movies but have not read the books. I just don’t. The books are so detailed and wonderfully written that it is impossible to understand the movies on the same level, care about the characters on the same level, or discuss the movies on the same level, if you have not read the original material. OK. Now that you think I’m a pretentious snob, let me tell you why I loved this movie: It was the perfect set-up for the finale, but it also contained plenty of action and heart, two things Harry Potter has always excelled at. Moving Harry from the Dursley’s to the Weasley’s home? Breaking into the bank? Facing off with Bellatrix Lestrange? Thrilling. Hermione erasing herself from the minds of her parents? Ron leaving his friends and making a heroic return? Dobby dying??? All heart-wrenching moments.

4. The Town (September 17 2010)
Ben Affleck, Jeremy Renner, Jon Hamm, Rebecca Hall, Blake Lively
Directed by Ben Affleck
I don’t know what else to say about this movie, other than that I found it immensely enjoyable. No, it wasn’t the most groundbreaking movie I’ve ever seen. But the plot moved quickly, the characters were realistic and the story was interesting.

5. The Ghost Writer (February 19 2010)
Ewan MacGregor, Pierce Brosnan
Directed by Roman Polanski
This last choice was a hard one to make, but I really did enjoy this movie a lot. I found it suspenseful and thrilling, and I had moments of genuine surprise. I felt the same way about The Ghost Writer as I did about The Town – movie-going experiences that I genuinely enjoyed. I had fun watching this movie.
Honorable Mentions (in no particular order):