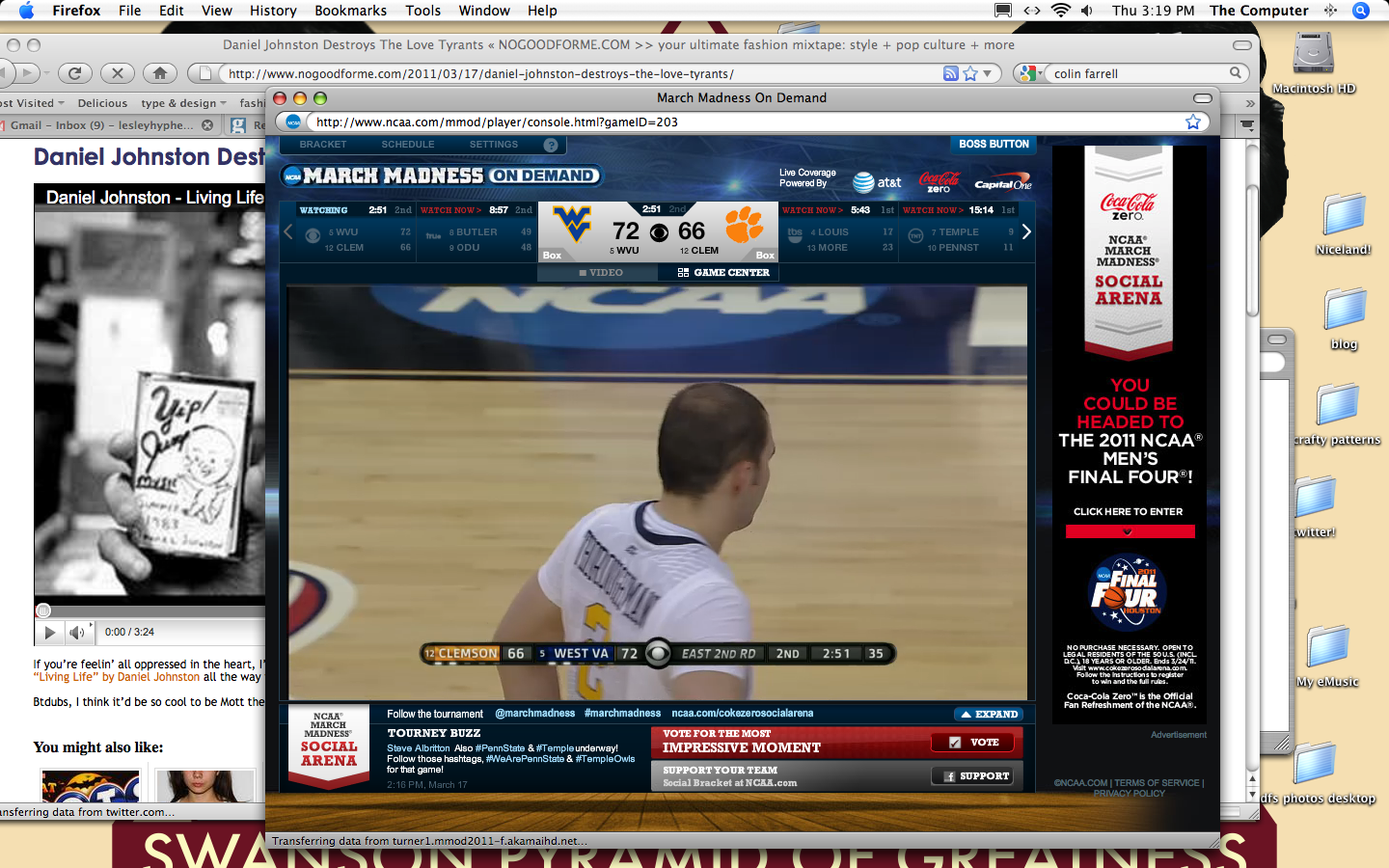 L-A: My favourite thing of the week is not even remotely fashion related. I am all over this right now:

That’s me watching the NCAA championships. I am all over that right now. Actually, when I took that screen shot, I was also watching a second game on my iPhone. In case you were wondering, and I assume you were not, neither game worked out for me and Louisville busted up my brackets a little bit.

Also a favourite: Parks and Rec and Community were both renewed. I know Intern Krista and Jill will be as pleased as I am about this. This means I can continue to have April Ludgate as a fashion hero. And based on last night’s episode, maybe Leslie Knope. But only if she keeps on wearing cute dresses like this one and not the Hillary Clinton pantsuits:

All kinds of respect for H. Clinton, but the Serious Lady Pantsuit ain’t my bag. But then, since I’m never going to be negotiating peace deals, I can get probably away with pony dresses in my professional life.

Moving along, a mildly amusing video I came across this week:

Oh Mr. Schuster and Zooey Deschanel, how far you’ve come since this Made for TV Movie! Well, how far Zooey’s come. Matthew Morrison looks and acts just as dorky, but gets a way bigger paycheque. Then again, that’s the dream isn’t it? To get paid to be your own dorky self? Whatever. I think I’d prefer to be in Zooey’s shoes and have managed to become more famous and infinitely cuter. As opposed to famous and still dorky.

I am maybe biased by her adorbs bangs and cute dresses. And hangs out with squinty indie musicians.

Given the choice, I’d take cuter and singing catchier original songs. Given no choice, I’d probably take dorky and super popular while singing karaoke style on TV. That is, if being famous was a goal (it’s not. Cute bangs are always a goal though).

And finally, I think I found the crappy pop song to top all crappy pop songs. If you haven’t seen this yet, please don’t hate me for introducing this to you.

I’m totally going to start writing bad pop songs for teenagers. I’m working on a song that goes something like this:

What do you think? I just need to find a teenager and an autotune machine to make this happen. Ally will rap in the middle of the song. I think I’m on to something big.